Biden approval rating TUMBLES as VP Harris does even worse 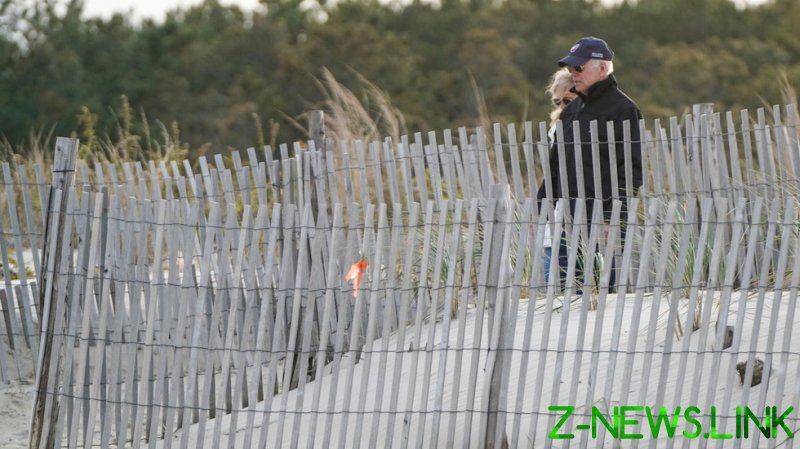 A USA Today and Suffolk University poll of 1,000 registered US voters last week found that just 37.8% of voters approve of “the job Biden has done as president,” with 59% disagreeing that the president has done a good job.

Even fewer Americans approve of Vice President Kamala Harris. Only 27.8% of those polled believe Harris has done a good job, with a sizeable 21% undecided, according to the poll which was released on released on Sunday.

A majority (44%) of independent voters said Biden had done worse as president than they expected and a whopping 64% of Americans – including 28% of Democrats – said they did not want Biden to run for president again. The poll showed that Americans are even more opposed to Biden running for president again than they are former President Donald Trump. 58% of voters, including 24% of Republicans, oppose Trump running for another term.

Those polled said they were more likely to vote for a Republican congressional candidate than Democrat if elections were held today by 46%-38%.

The results of the poll are another major blow to the Democratic Party after heavy election losses this past week, which included Republican Virginia gubernatorial candidate Glenn Youngkin defeating Democrat Terry McAuliffe to replace Democrat Ralph Northam as governor.

The poll was conducted before House Democrats passed a $1 trillion bipartisan infrastructure bill on Friday with the help of 13 Republican lawmakers. Biden previously tied the bill’s signing to the passage of his Build Back Better social spending package, which Democrats hope to pass through a special Senate procedure without Republican votes. While the majority of those surveyed or 61% backed the infrastructure bill, the poll found that the public is split on the Build Back Better plan. Some 44% percent opposed it, while 47% voiced support. Moreover, about 30% of respondents believe that it would have a detrimental effect on their families, while 26% think they would benefit from its provisions.