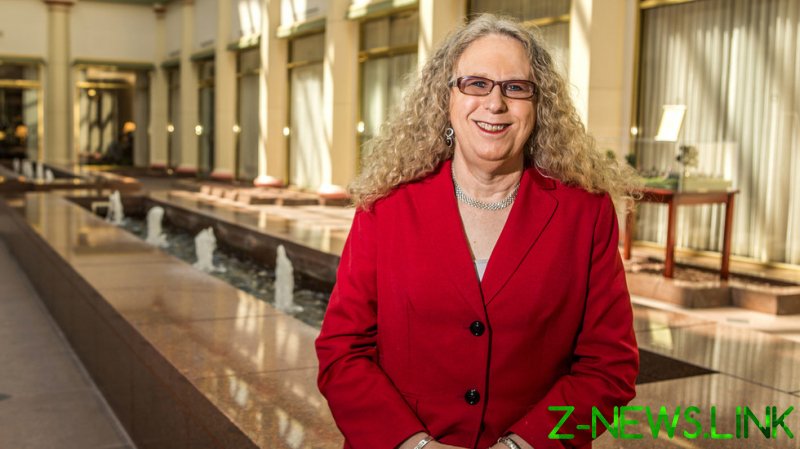 Biden announced on Tuesday that he will appoint Dr. Rachel Levine as assistant health secretary in his administration, setting her up to become the first openly transgender official confirmed by the Senate.

Biden has made a point of packing his administration with demographic “firsts.” He praised Levine as a “historic and deeply qualified choice to help lead our administration’s health efforts.”

“Dr. Rachel Levine will bring the steady leadership and essential expertise we need to get people through this pandemic – no matter their zip code, race, religion, sexual orientation, gender identity, or disability,” the president-elect continued.

Despite the praise she has received from her new boss, Levine came under fire during the early months of the Covid-19 pandemic for moving her 95-year-old mother out of a care home in May – an act many have highlighted as proof she knew what carnage her policies were causing.

The health secretary had in March required long-term care facilities to accept Covid-positive patients who had been discharged from hospitals – a policy that led to massive death tolls in such residences. Fully 70 percent of Pennsylvania’s deaths with Covid-19 had taken place in care homes at the time Levine removed her mother from her facility. Other Democrat-run states that enacted similar policies, such as New York and Michigan, also saw astronomical death tolls in care homes.

The Pennsylvania attorney general opened a criminal investigation into some care homes in May, citing the high number of deaths associated with the facilities, but its findings have not yet been made public. Pennsylvania also received a letter from the US Department of Justice, seeking data on publicly run nursing homes as part of a multi-state probe.