Biden appears to suggest US troops going to Ukraine 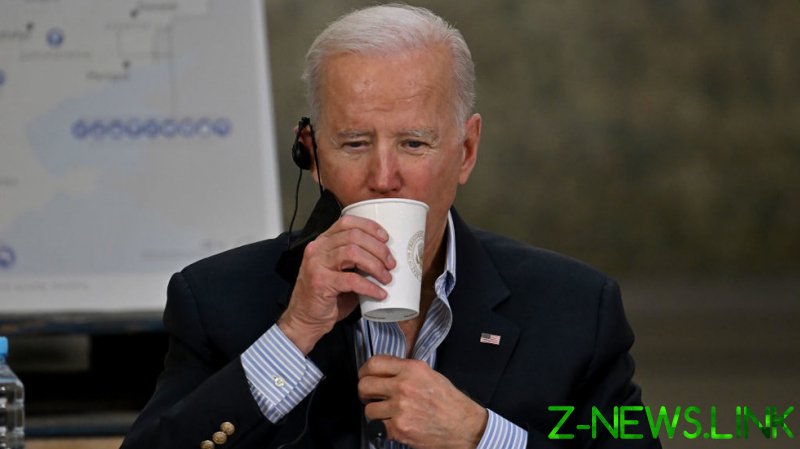 US President Joe Biden told American soldiers on Friday that “you’re going to see” Ukrainian civilians fighting Russian soldiers “when you’re there.” Despite signaling a potential US deployment to Ukraine, the White House says there’s been no change to Biden’s position of not sending troops into the country.

“You’re going to see when you’re there … some of you have been there. You’re going to see women, young people standing in the middle, in the front of a damn tank saying ‘I’m not leaving, I’m holding my ground’,” Biden told members of the US Army’s 82nd Airborne Division stationed in Poland.

The president has thus far remained insistent that American troops will not intervene in Ukraine, and has ruled out establishing a NATO-enforced ‘no-fly zone’ over the country. The latter, he argued, would see the US and its allies commit to an air war against Russia, which would lead to a “third world war.”

It is unclear what Biden meant when he told the troops “some of you have already been there.” Members of the Florida National Guard were training with Ukrainian forces when Russia launched its offensive last month, and were swiftly recalled from the country. The 82nd Airborne Division was sent straight to Poland from Fort Bragg in North Carolina in February, although its troops have trained in Ukraine at several points since the 1990s, and the army’s 101st Airborne Division deployed there in 2019.

Biden’s statement triggered concern that the US may be preparing to intervene in Ukraine. However, a White House spokesperson said shortly afterwards that, “The president has been clear we are not sending US troops to Ukraine and there is no change in that position.”

At present, there are around 100,000 US troops in Europe, the most deployed to the continent since 2005. NATO Secretary General Jens Stoltenberg has said that the conflict in Ukraine has created a “new security reality” in Europe, one that the Cold War-era alliance will meet with more military spending and more deployments of troops and equipment to Eastern Europe.