Biden appears to admit he has serious illness (VIDEO) 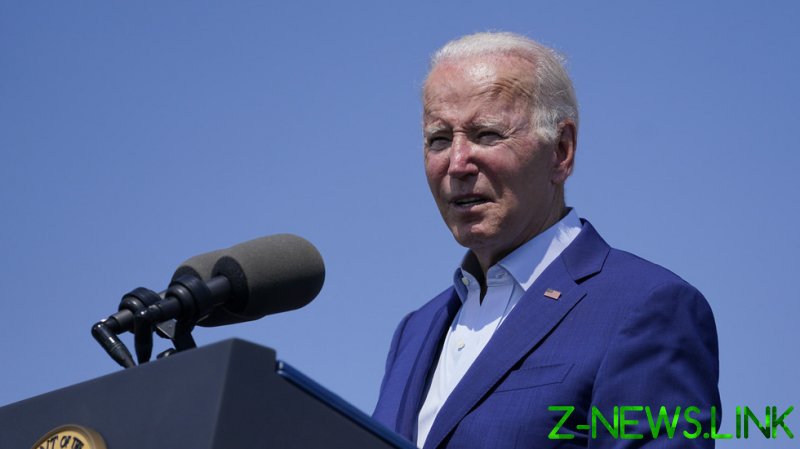 US President Joe Biden announced to the press on Wednesday that he has cancer, although it is unclear whether he misspoke. Speaking at an event on climate change in Massachusetts, the president claimed that pollution in his home state of Delaware caused his illness.

“You had to put on your windshield wipers to get, literally, the oil slick off the window,” Biden said of the pollution near his childhood home, before adding “that’s why I and so damn many other people I grew up with have cancer.”

According to his physician, Biden had a number of “localized, non-melanoma skin cancers” removed prior to becoming president, but he has never attempted to link these minor dermatological conditions with pollution before, nor has he referred to himself as “having cancer.” However, White House Deputy Press Secretary Andrew Bates later attempted to clarify that Biden’s mysterious words were indeed referring to his prior procedure.

Biden’s physical and mental fitness has been repeatedly questioned by his Republican opponents and American voters.

In the wake of the president’s comments, conservative pundits speculated whether Biden just admitted to having a serious illness, or whether he displayed one of his characteristic verbal slip-ups, which they have claimed prove the 79-year-old’s cognitive decline.

Biden said on the campaign trail in 2020 that if there were ever a “fundamental disagreement” between himself and Vice President Kamala Harris, he would “develop some disease and say I have to resign.” His statement was treated as a “joke” by some media outlets.