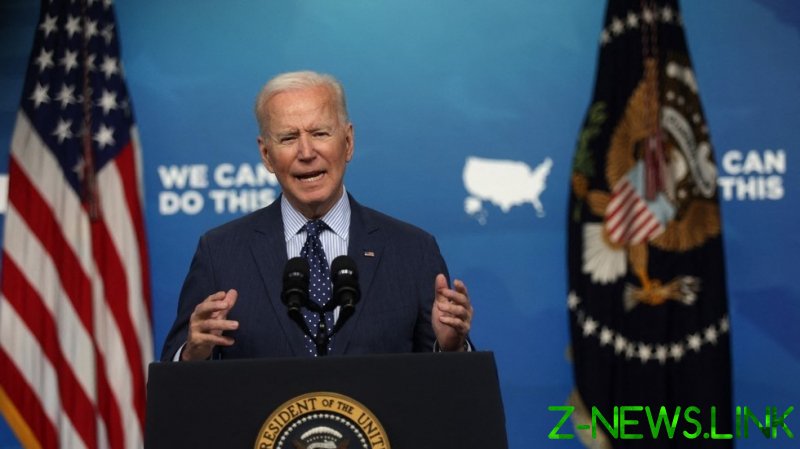 After taking criticism earlier this year for “hoarding” vaccines, Biden announced last month that the US would share 80 million doses from its vaccine supply with the rest of the world. Biden did not reveal at the time where these doses would go, but provided more details on Thursday.

Out of the first 25 million doses, 75% will be shared through COVAX, a global scheme which facilitates the distribution of jabs to poorer nations. Among the shots set aside for COVAX, 6 million will go to Latin America and the Caribbean, 7 million to South and Southeast Asia, and 5 million to Africa, according to a White House press release.

“The remaining doses, just over 6 million, will be shared directly with countries experiencing surges, those in crisis, and other partners and neighbors, including Canada, Mexico, India, and the Republic of Korea,” the official statement continued.

More than half of all Americans have received at least one dose of a coronavirus vaccine, and more than four in ten are fully vaccinated, according to data from the Centers for Disease Control and Prevention (CDC). Biden has set a target of having 70 percent of Americans either fully or partially vaccinated by July 4, and on Wednesday touted private sector incentives – like free beer and sports tickets – as another reason for Americans to roll up their sleeves.

Yet long before the US reached its current level of vaccination, critics were hammering the Biden administration for “hoarding” its own supplies. Biden relented in April, and pledged to export some 60 million doses of AstraZeneca’s vaccine, adding another 20 million doses from other manufacturers to this figure last month.

“We are sharing these doses not to secure favors or extract concessions,” Biden’s statement on Thursday read. “We are sharing these vaccines to save lives and to lead the world in bringing an end to the pandemic.” However, diplomacy will likely come into play as the US’ “partners and neighbors” compete for the doses not allocated through COVAX.

Just last week, Colombian Vice President Marta Lucía Ramírez traveled to Washington to appeal for as many doses as the Biden administration could provide, in order to “accelerate” her country’s lagging vaccination program.

The US has also promised to ship raw materials for vaccine production to India, which has recorded the world’s second-highest number of Covid-19 cases and third-highest number of deaths. Indian Prime Minister Narendra Modi announced on Thursday that he had spoken to US Vice President Kamala Harris about securing these materials.

The US has recorded more cases and deaths, at 34 million and 611,000 respectively, than any other country in the world.