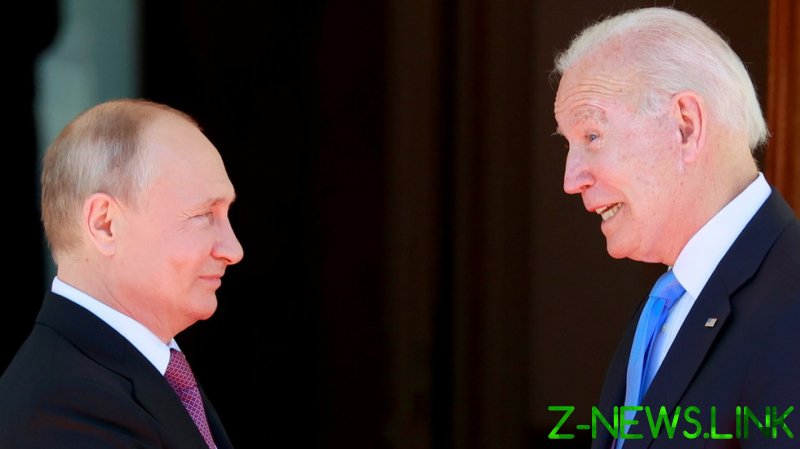 Biden “underscored the need for Russia to take action” to deal with the cybercriminals acting on its territory while pointing to what the White House described as “the ongoing ransomware attacks … that have impacted the United States and other countries around the world.”

The president also once again vowed to “defend” Americans and the US infrastructure “in the face of this continuing challenge,” while also saying that the US is “committed” to working with Russia on the “broader” ransomware threat.

The US has no new information to suggest that Moscow might be behind any such attacks, a White House spokeswoman admitted following the hour-long phone call between the two leaders. Still, Russia “must act” on the issue anyway, she added.

Although cyberattacks were a major focus of the phone conversation between Biden and Putin, it was not the only issue raised during the hour-long call. The US president also hailed Moscow for its support of the renewed UN Security Council authorization of cross-border humanitarian aid to Syria.

Biden commended the work of the teams from both nations that followed the meeting between the two presidents in Geneva and led to such an outcome. Moscow had previously opposed this decision, arguing that continued cross-border assistance delivered without the approval of the Syrian government was a violation of Syria’s sovereignty.

Earlier this week, Moscow tabled a draft resolution allowing the extension of cross-border assistance for six months. The extension would be linked to international help for Syria in its fight against Covid-19. The cross-border aid deliveries could then be extended even further if the UN secretary general issues a report assessing the transparency of cross-border operations and the progress of aid deliveries through the contact lines between the territories controlled by the government and various militant groups in the Idlib province.

On Saturday, the final document drafted together by Russia, the US, Norway, and Ireland was unanimously supported by the UN Security Council. The development was also lauded in Moscow.

“Today, we are witnessing a historical moment: Russia and the US have not just reached an agreement but managed to table a joint document supported by our colleagues in the [UN Security] Council,” Russia’s UN envoy, Vasily Nebenzya said.