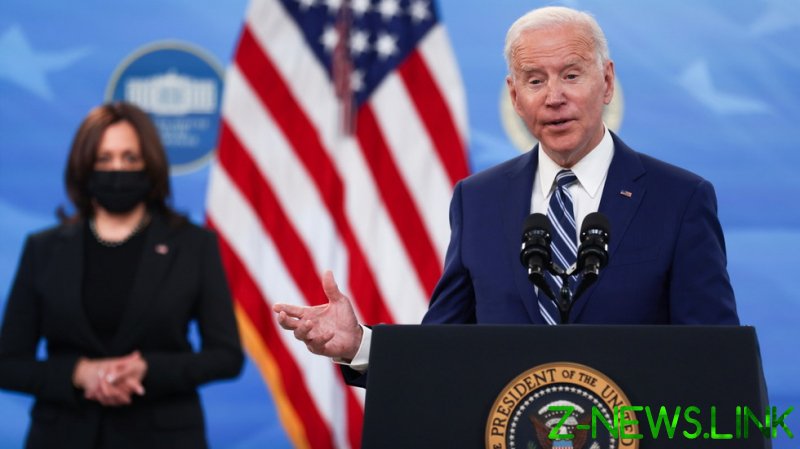 Throughout his campaign, President Biden made the coronavirus pandemic his number one talking point. Over and over again he slammed Donald Trump’s handling of the crisis, and promised to “shut down the virus” with all of his energy if elected. Once in office, Biden went longer than any president in modern history before holding a solo press conference, but Press Secretary Jen Psaki explained to reporters that Biden was simply too busy handling the “historic crises” brought on by the pandemic to speak to the media.

However, on Monday it emerged that Biden hasn’t taken part in any of the weekly coordinating calls with the nation’s 50 governors, according to a report in RealClearPolitics (RCP).

The governors usually take part in a conference call every Tuesday morning to coordinate their response to the pandemic with the White House, but Biden hasn’t got on the line once. “Vice President Harris has only been on one, but that was for about five minutes and she didn’t take any questions,” Nebraska Governor Pete Ricketts, a Republican, told RCP.

Pence headed the White House’s coronavirus task force, a job that Harris did not follow him into. Instead, Biden placed consultant Jeff Zientz in charge of the force and let New York Governor Andrew Cuomo chair the weekly calls, a controversial decision given the death toll his decision to admit Covid patients to nursing homes caused, not to mention the scandal that erupted when he was caught covering this up.

The lack of access to the presidency has been “a real frustration, I think it’s safe to say, for all 50 governors,” New Hampshire’s Chris Sununu, a Republican, told RCP.

“We have never conveyed it as a call that would be part of his agenda, so I’m not sure there’s a big controversy here,” she told RCP’s Philip Wegmann, declining to state whether Biden would jump in on any future calls.

The US has made considerable progress in beating back the virus, for which Biden and Harris are taking the credit. More than 230 million vaccine doses have been administered so far, and almost a third of the US population is fully vaccinated. While national lockdown guidelines remain in effect, a number of states have lifted restrictions on business and social gatherings at their own pace, with Republican-run states like Florida and Texas pressing ahead quicker than states run by Democrats. While a federal mask mandate introduced by Biden remains in effect, the White House is expected to lift its guidance on outdoor mask wearing some time this week.