Home / WORLD / Biden and Blinken’s unprovoked attacks on Russia and China backfire…because if you live in a glass house, don’t throw stones

Biden and Blinken’s unprovoked attacks on Russia and China backfire…because if you live in a glass house, don’t throw stones 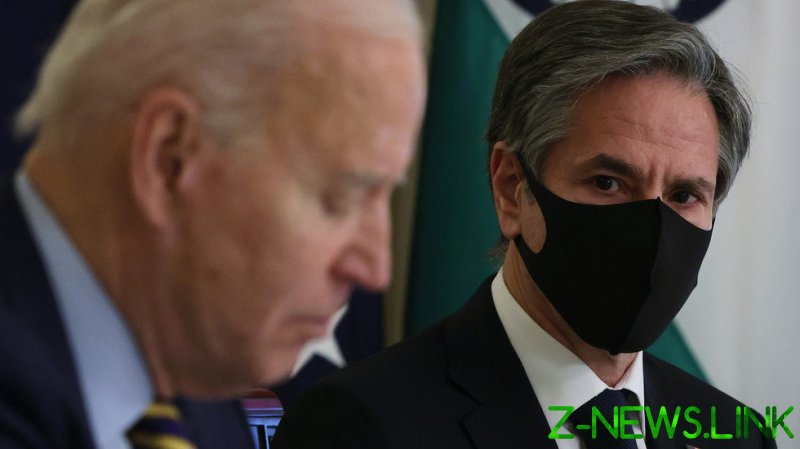 President Joe Biden has defined his administration with the mantra of “America is back,” hinting at a return to what he and his supporters believe to be the halcyon days of President Barack Obama’s two-term tenure as president, as well as a sharp departure from the policies and practices of the man who usurped Hillary Clinton’s bite at the presidential apple, Donald Trump.

In an effort to “build back better,” as Biden is wont to exclaim, his administration has embraced an ambitious agenda that aggressively seeks to both promote and install America as the world’s indispensable nation. And yet, in the span of less than 24 hours, the president and his primary foreign policy advisor, Secretary of State Antony Blinken, managed to undermine the very policies they sought to promote through a combination of narcissistic posturing and plain diplomatic incompetence.

By labeling Russian President Vladimir Putin a “soulless killer,” Biden put US-Russian relations in their worst posture since the Cold War. And Blinken, during the Biden administration’s initial meeting between the US and China, managed to unleash the ire and rage of Beijing by forgoing any pretense at diplomatic norms and aggressively calling out China on a host of issues which touched upon its sovereignty.

The collapse of what passed for a coordinated position of diplomatically confronting both Russia and China has left the US scrambling to navigate through the detritus of its own policy shipwreck. A controlled approach to dealing with Russia and China was supposed to serve as the anchor of Biden’s new national security policy formulation. Instead, the American ship of state has been cast adrift, unable to steer as a diplomatic storm of its own making bears down upon it.

The White House recently published a document, entitled ‘Interim National Security Guidance’, which outlined its policy priorities to help shape and direct the work of the various US departments and agencies charged with implementing national security and foreign policy. This document is unprecedented in the 35-year history of implementation of the 1986 Goldwater-Nichols Act, which mandated that the White House produce a “national security strategy” document every four years to help streamline US defense spending.

Normally, the National Security Strategy is produced through an interagency process that takes several months to complete. The Biden administration, in deciding to publish interim guidance while the primary document is still being written, is putting a marker down on the importance of separating its administration’s policies from those of its predecessor. The issuance of this interim guidance underscores the sense of urgency that exists within the Biden administration regarding the optics, vice reality, of change.

While promoting the mantra of “America is Back,” the interim guidance goes out of its way to highlight the fact that while the heart of the Biden policy is centered on the notion of “build back better,” the America Biden inherited operates in a world that is very much different from the one that existed when Biden served as President Obama’s vice president.

“We cannot pretend the world can simply be restored to the way it was 75, 30, or even four years ago,” Biden wrote. “We cannot just return to the way things were before. In foreign policy and national security, just as in domestic policy, we have to chart a new course.”

This “new course,” as Biden described it, must “contend with the reality that the distribution of power across the world is changing, creating new threats.” For Biden, the major threats posed to the US came from two nations. “China,” Biden declared, “has rapidly become more assertive. It is the only competitor potentially capable of combining its economic, diplomatic, military, and technological power to mount a sustained challenge to a stable and open international system.”

The identity of the second threat should come as no surprise to anyone tracking US foreign policy over the course of the past 20 years. “Russia remains determined to enhance its global influence and play a disruptive role on the world stage,” Biden stated. “Both Beijing and Moscow have invested heavily in efforts meant to check US strengths and prevent us from defending our interests and allies around the world.”

The interim guidance set forth three major policy objectives for the Biden administration in confronting both Russia and China. The first is for the US to “Defend and nurture the underlying sources of American strength, including our people, our economy, our national defense, and our democracy at home.” The second is to “Promote a favorable distribution of power to deter and prevent adversaries from directly threatening the United States and our allies, inhibiting access to the global commons, or dominating key regions.” Last but not least, the US will seek to “Lead and sustain a stable and open international system, underwritten by strong democratic alliances, partnerships, multilateral institutions, and rules.”

In the span of less than 48 hours, the Biden administration managed to undermine all three objectives.

Biden’s interview with ABC News’ George Stephanopoulos is a matter of the historical record. The American president, in answering a series of questions, described Vladimir Putin as a “soulless killer,” violating diplomatic norms which hold that heads of state project a modicum of discretion when talking about one another, if for no other reason than that eventually the two will need to meet and discuss matters in person. As Turkey’s President Recep Tayyip Erdogan astutely observed, “Mr. Biden’s statements about Mr. Putin are not fitting of a president, and a president coming out and using such remarks against the president of a country like Russia is truly unacceptable, not something that can be stomached.”

Russia’s response was immediate and decisive. In an unprecedented move, the Russian Foreign Ministry recalled its ambassador to the US for “consultations,” a clear sign that Russia was reconsidering its relationship – or lack thereof – with the US. Putin, in an appearance on Russian television, took a more diplomatic approach in responding to Biden’s insults, noting that he wished the American president “good health.” But the Russian president also used a child’s saying, roughly translated as “whatever you say about others is what you are yourself,” to underscore his view that Biden’s utterances were but a reflection on the US’ own inherent problems. Putin raised the US’ use of nuclear weapons against Japan and its history of slavery of blacks and genocide of Native Americans as examples of America’s own tortured history on injustice.

Responding to Putin’s comments, White House spokesperson Jen Psaki countered by noting that the American president “believes that one of the greatest attributes of the United States is our honest self-reflection and our constant striving for progress, and there’s always more work to do.” She stated that Biden had nothing to apologize for, adding “the president gave a direct answer to a direct question.” She added that Biden and Putin have known each other for a long time and have worked through “many iterations of the [US-Russian] relationship.”

If Biden and Psaki believed that US-Russian relations would return to square one following Biden’s undiplomatic insult, Putin quickly put that notion to bed.

“The US authorities in general seek certain relations with us but only in areas the US is interested in, and on their own terms,” Putin said. “They think that we are just like them but we aren’t. Our genetic, cultural and moral codes are different. However, we know how to protect our interests. We will work with them [the US], but only in areas we are interested in and on terms we find favorable. They will have to take it into account, despite attempts to stop our development, sanctions and insults. We will be guided by our national interests when boosting relations with all countries, including the United States,” he concluded.

If the US’ goal was to minimize Russia’s ability and desire to be less disruptive toward US policy objectives, then Biden cemented its failure.

On China, the interim guidance indicated that it was the US’ goal to “prevail in strategic competition” by enabling America “to out-compete a more assertive and authoritarian China over the long-term.” A key element of this strategy hinged on the US investing “in our people, our economy, and our democracy.” By restoring US credibility, the Biden administration sought to “ensure that America, not China, sets the international agenda.”

The idea of American democracy serving as the foundation of foreign and national security policy was not just a throw-away sentence, but a core part of the interim guidance. “Building back better,” the guidance document emphasized, “requires us to commit ourselves to revitalizing our own democracy. America’s ideals of democracy, equality, and diversity are a fundamental and enduring source of advantage – but they are not a given. Embracing that advantage means living up to the founding promises of our nation, strengthening and renewing our democratic processes and ideals, and demonstrating by our actions that democracy is essential to meeting the challenges of our time.”

Biden’s “soulless killer” faux pas had already opened the door to a very public and credible refutation of the narrative of infallible US democracy by Russia’s President Putin. Less than a day later, Anthony Blinken paved the way for a similar take down by China. Blinken took on a confrontational posture during his opening remarks at high-level talks between the US and China  in Anchorage, Alaska, chiding China’s top diplomat Yang Jiechi and state councilor Wang Yi on their country’s record regarding human rights.

When his turn came to speak, Yang stated that the US was no longer able to “speak to China from a position of strength,” demanding that the US stop promoting as superior its own version of democracy at a time when the US was embroiled in racial and political discontent at home. Yang went on to lecture Blinken, noting that “there are many problems within the United States regarding human rights, which is admitted by the US itself.” These issues, Yang said, were “deep-seated…they did not just emerge over the past four years, such as Black Lives Matter.”

If promoting the superiority of US democracy was seen as the salient sales pitch for Biden’s “America is back” policy, the diplomatic gaffes on the part of Biden and Blinken ensured that their first opportunity to promote this policy was instead spent on their back foot, counter-punching against barbs delivered by senior Russian and Chinese officials that, because of the actions of the US in prompting these attacks, gave their words greater emphasis. The main teaching from this 48-hour lesson in bad diplomacy on the part of the US goes beyond reining in the foot-in-mouth tendencies of both Biden and Blinken. The fact is that if the Biden administration wants to sell the narrative of the primacy of US democracy, then it had better get its own house in order before criticizing that of other nations. In short, if you live in a glass house, don’t throw stones.

America is a glass house.