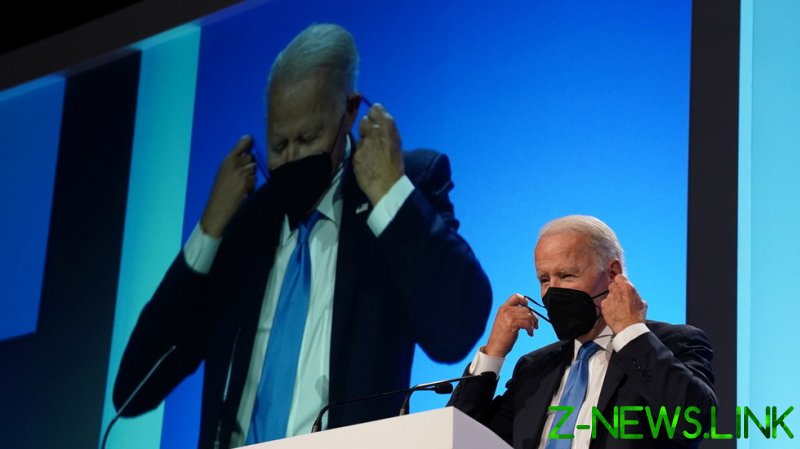 The aide, a staffer on the National Security Council, accompanied Biden to Scotland for his visit to a UN climate summit and tested positive for the virus sometime in the last week, Bloomberg reported on Thursday, citing a White House official. The White House added that Biden tested negative for the virus on Tuesday, and said the aide is not believed to have had close contact with the president and remained in Scotland for quarantine and follow-up screenings.

The Associated Press corroborated the report, also citing the White House, which told the outlet that, as a precautionary measure, several other staffers also stayed behind and did not return with Biden on Air Force One, instead coming back on a “different government plane.”

The positive test comes days after White House press secretary Jen Psaki was also diagnosed with the virus, though officials say they do not believe Psaki’s case has any relation to the aide’s. The press secretary confirmed that she had contracted the virus on Sunday “out of an abundance of transparency,” but said she had not had in-person contact with Biden or any other senior White House staff since the previous Wednesday

Department of Homeland Security chief Alejandro Mayorkas also tested positive less than two weeks prior to Psaki’s infection, not long after attending an event with the president. Mayorkas, as well as Psaki and the unnamed NSC staffer, are all fully vaccinated against Covid-19, each coming down with so-called “breakthrough” cases.