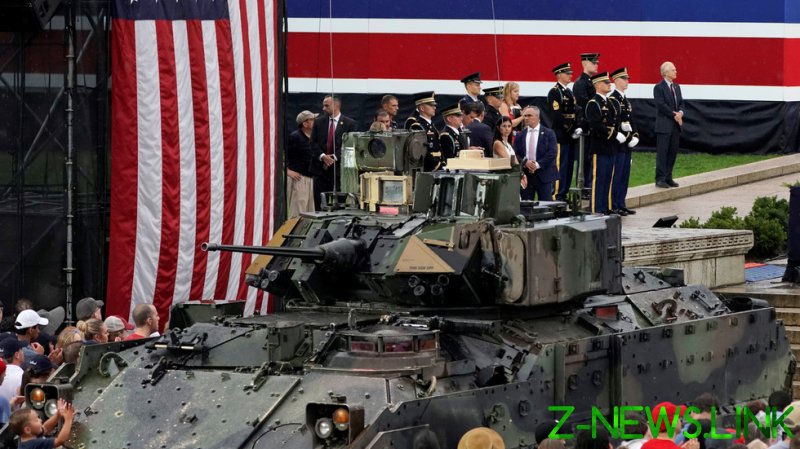 A sensationally titled Axios report claimed on Friday that Trump’s acting Defense Secretary Chris Miller had ordered a “total halt” to briefings and meetings with Biden’s transition staff, citing anonymous officials as saying it was to give the Pentagon staff a break for the holidays.

Apparently prompted by the Axios report, Miller issued a statement on Friday afternoon confirming that the meetings have been “rescheduled” and will continue “after the mutually-agreed upon holiday pause, which begins tomorrow.”

Yohannes Abraham, executive director of Biden’s transition team, told reporters that no such agreement existed, however. “We were concerned to learn this week about an abrupt halt in the already limited cooperation there,” Abraham said, according to Reuters.

“There was no mutually agreed-upon holiday break,” he reportedly said, adding that he expects the DOD to reverse the decision and continue the briefings, “as there’s no time to spare” in preparing for national security contingencies.

Miller and several other officials, described by mainstream media as “Trump loyalists,” came in from the National Security Council after the ouster of Defense Secretary Mark Esper and resignations of several of his aides last month.

Democrats have spent the summer accusing Trump of wanting to carry out a “military coup” after what they said would be his inevitable election loss. Both Trump, the military and the Pentagon have rejected such talk as baseless.

After the November 3 election was called for Biden, who purportedly won the greatest number of votes in all of US history, Trump alleged election irregularities and outright fraud in at least five states. His campaign, allies and even a group of 19 US states launched legal challenges, but ran into the refusal of state authorities, federal judges and even the US Supreme Court to do anything about them.

Now, some of the president’s supporters have begun calling for him to “cross the Rubicon” and declare a national emergency.

The phrase is a reference to Roman consul Gaius Julius Caesar’s famous decision to march on Rome after the Senate led by Pompey the Great accused him of treason and sought to have him arrested. Caesar’s move set off civil war in Rome, which he ultimately won and became dictator.