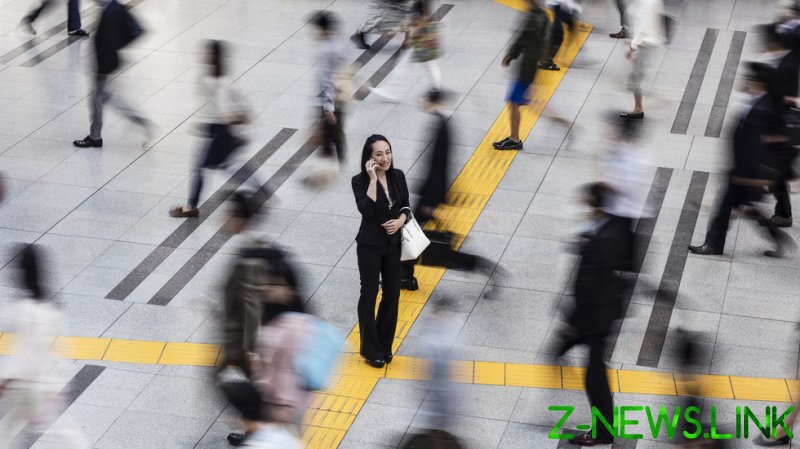 In an opening letter from President Joe Biden and Vice President Kamala Harris, the pair note that while the US is currently wallowing in the “worst economic collapse since the Great Depression,” the really important part is that women’s participation in the labor force is down to its lowest level in 30 years. Never mind previous eras’ different views on women working outside the home – it’s this statistic that counts.

Peppered with calls to “build back better” – one wonders where the administration would be without such a sparkly catchphrase, given that it’s deployed on almost every page of both the National Strategy document and the cover letter released on Friday – the plan released by the administration claims its target is “to advance the rights and opportunities of women and girls around the world.” Indeed, it can’t seem to decide whether its aims are truly national (focused on the US) or international (countries like Afghanistan are frequently mentioned).

The National Strategy suggests other countries will be weighed in the balance of this gender-focused building-back-better and found wanting, true to the pattern demonstrated by the wars on drugs and terror. Never mind that this is utterly unrelated to any sort of “national” strategy, unless one considers Ethiopia, Afghanistan, and Central America to be parts of the US, just as Biden promised Americans that their country was “back,” they’re being told now that the time has come to return to spreading the American Way (“gender equity,” in this case) around the world, just like it used to spread “democracy” until that term got too toxic for its own good.

The administration, the paper insists, ultimately wants to “ensure that a focus on gender is mainstreamed across the work of the federal government” – a pledge that means precious little despite the warm fuzzy vocabulary in which it is nestled. A “whole of government effort” will be required to implement this gender control, starting with strengthening data collection and working in conjunction with Congress, local governments, and even foreign governments and NGOs to implement this “bold vision” (which no one voted for) across Our Democracy™.

The administration appears to be trying to leverage “gender equity” into a license to intrude into the average American’s life on heretofore-unseen levels, from digging through household finances (to make sure women are adequately remunerated for their work) to restricting Second Amendment rights (to protect women from the guns of their violent husbands or boyfriends) to shredding what’s left of online privacy (to protect women from gender-based harassment and cyberstalking online).

It’s not as if the US doesn’t have room to grow regarding its treatment of women, of course. If the Biden administration really does want to improve its abysmal rating on maternal mortality – currently ranked the worst among first-world countries – it should be praised for doing so, but much of the text surrounding the expansion of access to women’s healthcare focuses instead on building Obamacare back better. Rather than adopt some version of Medicare for All, a policy that enjoys broad support across party lines, the Biden administration seems determined to reanimate a poorly written legislative giveaway to insurance companies that unjustly imposed sky-high healthcare costs on individuals who could not afford them.

While some of the policy’s goals are laudable, at least on the surface – no one’s going to argue with “eliminating gender-based violence” for example – others seemingly make no sense. How is the government supposed to “promot[e] gender equity in mitigating and responding to climate change”? And what exactly do women stand to gain from programs like universal pre-K, in which kids are socialized in ways lots of parents increasingly find appalling? A call for expanding benefits for women-owned businesses sounds commendable enough until one notices how easily the current system is gamed, with female figureheads placed atop the standard old boys’ clubs that have always run major industry.

“A growing body of evidence confirms that the status of women is correlated with the security of nations—and countries that violate women’s and girls’ rights are more likely to be unstable,” the strategy reads, stating what would appear to be the obvious as it calls for greater female participation in leadership from Congress to the private sector. But forcing this down the country’s throat is not going to solve the problems; indeed, like affirmative action, it will only increase negative opinions of the women who do attain high stature, creating the perception that they were handed such positions on a silver platter in order to fulfill a quota.

Perhaps most threateningly, the Biden administration is promising to wield the big stick of budget over those government departments that don’t go along with its performative ‘gendermania’, declaring the “Gender Policy Council will partner with the Office of Management and Budget to facilitate implementation” of the all-encompassing new strategy. Every agency will be required to set and eventually achieve three goals related to the new objectives. The heavy-handed strategy is already echoed all over the private sector, where even big-time investment banks like Goldman Sachs are refusing to work with companies whose boards of directors aren’t overflowing with the requisite percentage of “diverse” members. The only diversity which cannot be permitted under any circumstances is the diversity of opinion.