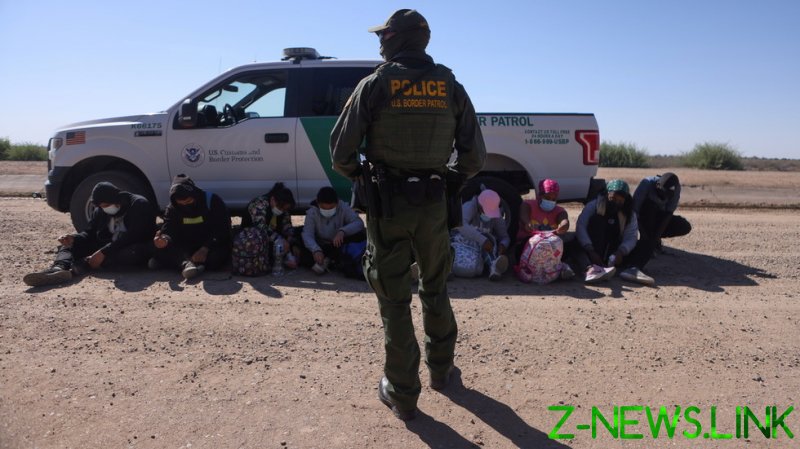 Asylum seekers whose requests were denied under a Trump-era policy will be allowed to return to the US to have another shot, the DHS said on Tuesday. The policy required the migrants to wait in Mexico as their cases wound through the American legal system. Registration for those who meet the criteria will open on Wednesday, as was first reported by the Associated Press.

While the ‘Remain in Mexico’ rule was formally repealed by President Joe Biden earlier this month, countless asylum requests were denied under the policy, as many applicants were unable to appear for their court dates. In Texas alone, some 32,000 cases were denied while the rule was in effect, according to records compiled by Syracuse University, though it is unclear how many were rejected specifically for failure to appear in court.

Though a senior DHS official told the AP that it’s unknown how many migrants will be allowed to reapply under the rule change, Michele Klein Solomon, a regional director for the International Organization for Migration, said she expects at least 10,000 new asylum requests.

Known officially as Migrant Protection Protocols (MPP), the ‘Remain in Mexico’ policy was paused when Biden first took office in January and only fully repealed later. Following the initial pause, the administration allowed around 11,000 people in the program to enter the US, setting the stage for Tuesday’s rule change at the DHS.

Biden has repeatedly slammed his predecessor’s border policies, signing a series of executive orders aiming to overhaul them since taking office. Among them – halting the construction of a $16 billion border wall, a centerpiece of Trump’s first presidential campaign. Last week, Biden’s Department of Justice loosened asylum rules further, doing away with two more Trump-era restrictions for those seeking protections.

Despite frequent criticism of Trump’s border regime, the Biden administration has adopted a similar stance toward incoming migrants, telling them “do not come” as thousands of asylum seekers continue to flock toward the US-Mexico border. As the policy overhaul commenced earlier this year, Biden’s own DHS chief Alejandro Mayorkas warned that the current surge in migration is set to be the largest in 20 years. While Biden officials initially refused to describe the situation at the border as a “crisis,” the president finally relented in April and used the term.