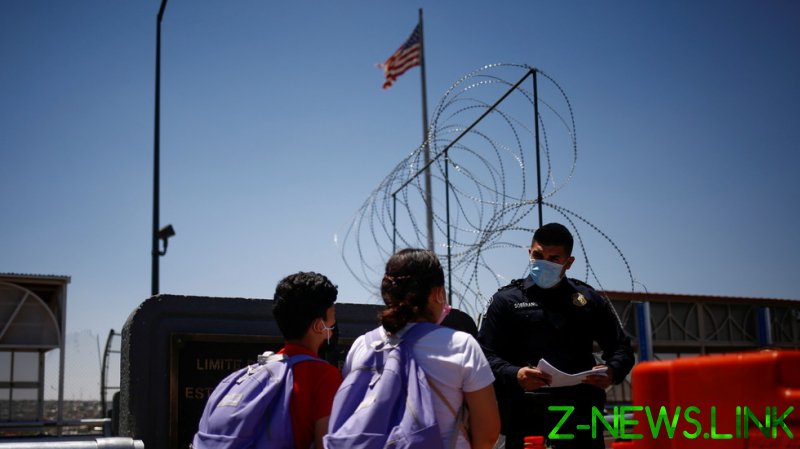 Attorney General Merrick Garland issued a three-page legal opinion on Wednesday, revoking decisions by his predecessors Bill Barr and Jeff Sessions that restricted people who claimed they or their family members were victimized by gang or domestic violence from claiming asylum in the US on those grounds.

Garland claimed that the broad language in those decisions “threatens to create confusion and discourage careful case-by-case adjudication of asylum claims.” He also argued that blocking claims of those who say their family members were threatened is “inconsistent with the decisions of several courts of appeals that have recognized families as particular social groups.”

“This is such a critical step, both in practice to protect these people, but also symbolically in that the administration is looking carefully at the US commitment to humanitarian law and protecting those in flight from danger,” said Greg Chen, director of AILA’s government relations.

The official position of the Biden administration is “Do not come,” as Vice President Kamala Harris put it during her visit to Guatemala and Mexico earlier this month. However, the number of migrants crossing from Mexico illegally skyrocketed following the 2020 election, and is on track to be the highest in 20 years, Homeland Security Secretary Alejandro Mayorkas admitted.

Meanwhile, Washington is busily dismantling Trump’s immigration rules, from keeping asylum-seekers in Mexico until their cases are processed, to telling prosecutors to selectively enforce the law and carving out exemptions among migrants in the US illegally.

Republican governors of border states have accused Washington of dereliction of duty, with Greg Abbott of Texas pledging to build his own border wall in the place of the one Trump started but Biden ordered stopped, and inviting Trump for a visit to the border at the end of June.

On Wednesday, Florida Governor Ron DeSantis announced that in response to “the failure of the Biden administration to secure our southern border,” his state would send law enforcement officers to Texas and Arizona to help out.

This would include personnel from the Highway Patrol, Florida Department of Law Enforcement and the Fish and Wildlife Conservation Commission, as well as sheriff’s deputies from at least nine counties.

“We believe that securing the southern border is important for our country, but specifically we believe it’ll benefit the people of Florida to be able to get this under control and so where the federal government has failed, the states are stepping up and doing our best to fill the void,” DeSantis said during a press conference at Pensacola.

Meanwhile, DHS Mayorkas told the authorities in Mexico on Tuesday that his department is no longer using the term “illegal alien” but “non-citizen” instead. Earlier in the day, his op-ed published in USA Today argued for the Obama-era Deferred Action for Childhood Arrivals (DACA) executive program to become law. This was endorsed by Harris and Biden himself.

Trump had tried to revoke DACA, but the US Supreme Court blocked it on a technicality, ruling that his DOJ didn’t follow the Administrative Procedures Act correctly.