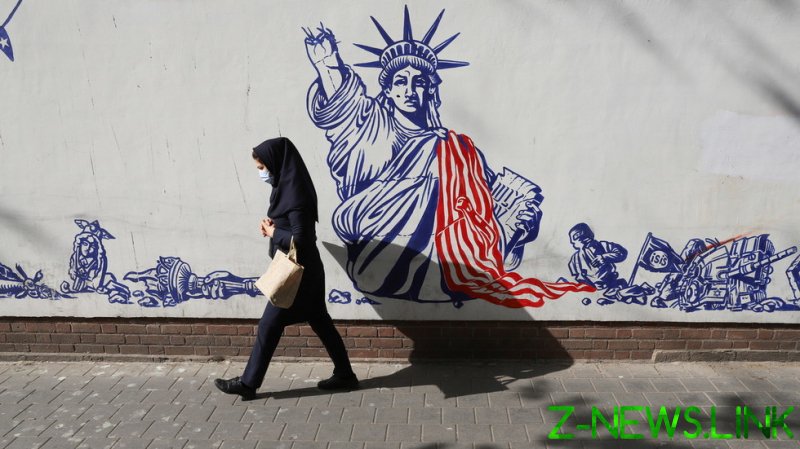 Asked if Iran might be trying to force Washington’s hand by reporting that a deal had been completed, Klain said “no” and reiterated that President Joe Biden’s administration is working toward a deal. “When we get that done, we’ll obviously be delighted to announce that news,” he said.

Klain’s comments came after Iranian state TV said Iran had struck deals with US and UK officials on separate prisoner releases. The agreement with Washington reportedly included the release of $7 billion in Iranian oil funds that were frozen in other countries because of US sanctions, as well as the exchange of four Americans for four Iranians held in the US. The report didn’t identify the Iranians whom Tehran wants released.

The deal with London called for releasing British-Iranian national Nazanin Zaghari-Ratcliffe, a charity worker and accused spy, once the UK pays off a 400-million-pound ($553 million) debt for undelivered tanks to Iran. The British Foreign Office said legal discussions are ongoing over the debt and Zaghari-Ratcliffe’s release.

Social media users pointed out that the $7 billion that Iran could receive through an agreement with the US isn’t a gift or a payoff; rather, it’s money owned by the Islamic Republic that has been frozen in banks.

But others saw the alleged agreement as a sign of weakness on Biden’s part, just as when former President Barack Obama sent $1.7 billion in cash to Iran as part of a 2016 agreement over a failed arms deal. The first $400 million arrived just after four US prisoners were released as part of the Iran nuclear deal. Obama was accused of paying ransom, but the money settled a US debt owed to Iran.

“Caving yet again to people who would gladly kill us,” martial-arts instructor Joe Dolio said of the latest alleged prisoner agreement.

Xiyue Wang, an American graduate student who was freed under a prisoner-swap deal with Iran in 2019, said such releases should never involve payments of money to Tehran. “If team Biden released any funds to IRI for the release of hostages, it practically flushes morality and American interest down the toilet,” he said.