Biden administration announces investigation into Phoenix Police Department’s use of force, other tactics 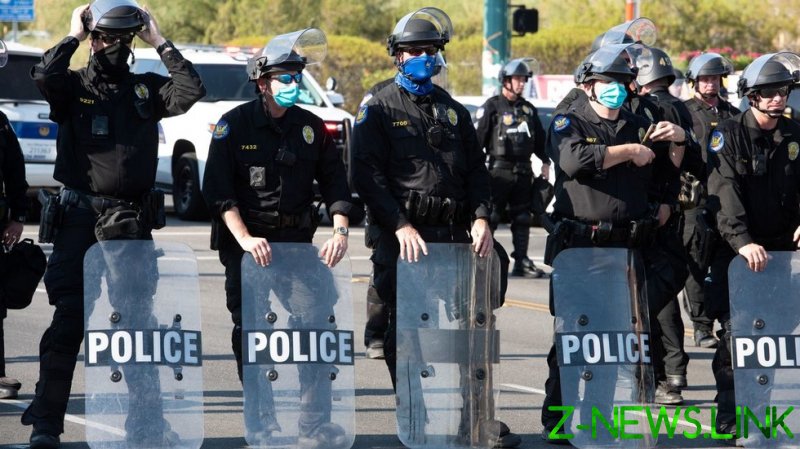 The Department of Justice (DOJ) probe will examine all types of force used by Phoenix police, as well as whether officers retaliate against people for their speech, Garland said on Thursday in a statement. Biden administration officials also are concerned that Phoenix officers may engage in discriminatory policing or illegally take the property of homeless people.

The DOJ plans a “comprehensive review” of the Phoenix Police Department’s policies, training, supervision and internal investigations, Garland added. Investigators also will scrutinize how the city government and its police deal with disabled people, such as detaining individuals with “behavioral health disabilities,” as well as how they handle misconduct complaints and hold officers accountable.

Phoenix police were involved in 26 shootings last year, up 73% from 2019’s total of 15, according to data compiled by a local news outlet, KTAR News. The city led the nation in officer-involved shootings in 2018, when it had 44. One of the 2020 incidents involved a 40-year-old man who was shot and killed less than three seconds after answering a knock at his door while holding a gun at his side. The city last month began the process of firing the officer who fired the fatal shots.

“When we conduct pattern-or-practice investigations to determine whether the Constitution or federal law has been violated, our aim is to promote transparency and accountability,” Garland said. “This increases public trust, which in turn increases public safety. We know that law enforcement shares these goals.”

The DOJ has carried out similar investigations on dozens of law enforcement agencies across the nation under a 1994 law designed to ensure that state and local policing practices don’t violate constitutional rights or other federal protections. The federal government can sue agencies that it deems to be in violation, if a remedy can’t be reached through negotiations.

The Phoenix probe marks the third “pattern-or-practice” investigation launched by the DOJ since President Joe Biden took office in January. Police in Louisville and Minneapolis also are under investigation.

“Police officers across the country must use their authority in a manner that adheres to the Constitution, complies with federal civil rights laws and respects human dignity,” Kristen Clarke, director of the DOJ’s Civil Rights Division said on Thursday.

The city agreed in August 2020 to pay a $475,000 settlement to a Phoenix couple after officers pointed guns at the family and threatened to shoot the father in front of his pregnant fiancée and two children in 2019. A video of the incident went viral, sparking protests over allegedly excessive force. The confrontation began after the man, who is black, and his four-year-old daughter allegedly stole items from a dollar store.