Home / WORLD / Biden admin official: ‘Absolutely the government’s business’ to know whether you have been vaccinated

Biden admin official: ‘Absolutely the government’s business’ to know whether you have been vaccinated 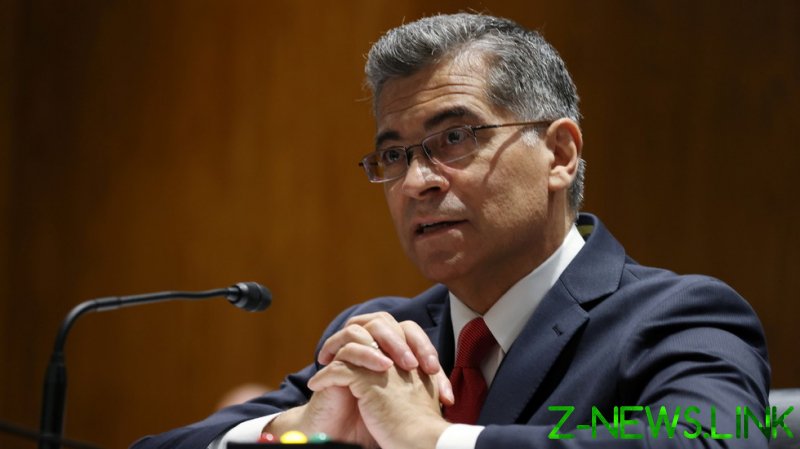 Becerra, who is helping in the country’s vaccination push, was asked Thursday on CNN to defend President Joe Biden’s recently announced “door-to-door” outreach strategy convincing people to get vaccinated.

Numerous Republican lawmakers and pundits have blasted the White House’s aggressive vaccination push – 160 million Americans are expected to have received at least one vaccination dose in the coming days – and said the decision to get inoculated or not comes down to freedom of choice.

Becerra’s latest comment raised alarm bells with these critics, when he expanded on Biden’s “door-to-door” strategy by saying that it is “absolutely” the government’s business to know whether individuals have been vaccinated, given the money the government has spent on efforts during the pandemic.

“Perhaps we should point out that the federal government has had to spend trillions of dollars to keep Americans alive during this pandemic, so it is absolutely the government’s business, it is taxpayers’ business if we have to continue to spend money to try to keep people from contracting Covid and helping reopen the economy,” Becerra said.

He later added that “knocking on a door has never been against the law” and “it is our business” to make sure Americans can “prosper” and “freely associate” by getting inoculated against Covid-19.

Becerra did say there are no immediate plans for the federal government to step in and make more specific guidance about unvaccinated individuals attending large events or entering businesses maskless, arguing the Biden administration wants to leave local officials in charge at the moment.

Becerra’s explanation of this local-led effort, however, raised more red flags with critics as he argued the administration wants to give Americans “the sense that they have the freedom to choose.”

“We try to give people as much freedom and choice as possible, but clearly, when over 600,000 Americans have died, the best choice is to get vaccinated,” he said.

“They spent trillions of *our* dollars, yet think we should be grateful,” another added.

After missing his goal of ensuring that 70% of US adults had at least one shot of a Covid-19 vaccine by the Fourth of July weekend, Biden announced that the administration is upping direct efforts to promote vaccinations to the public, saying officials will be “literally knocking on doors.”

White House and health officials have begun warning Americans about the Delta variant of the Covid-19 virus, which recently became the dominant strain in the country, to encourage them to get vaccinated, arguing that low vaccination areas could see spikes in cases due to the variant’s steady rise.

While visiting North Carolina this week to help in pushing vaccinations, Becerra echoed concerns about the variant and warned people to get vaccinated if they want to “stay ahead of this.”

“This virus is constantly mutating,” he said. “The more it mutates, the greater the chance that a mutated version will outwit and out-strengthen our vaccine. As the governor said, we have got to stay ahead of this.”