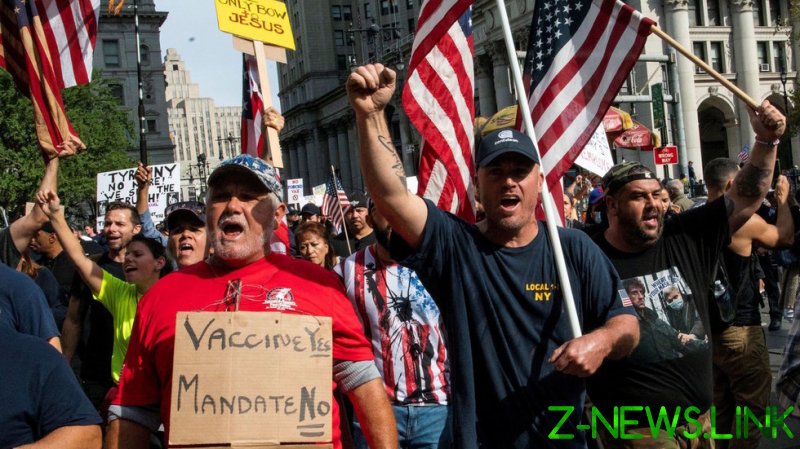 “Delaying the Standard would likely cost many lives per day, in addition to large numbers of hospitalizations, other serious health effects,” the Department of Justice wrote to the Sixth Circuit Court of Appeals.

If the order is not lifted, officials requested that masking and regular testing requirements do go into effect as a “reasonably effective alternative.”

The mandate in question requires private businesses to require staff to get Covid-19 vaccines or regular testing if the company has 100 employees or more. Over two dozen lawsuits have been filed in response to the mandate, from unions, states, and private companies refusing to comply.

Biden’s Justice Department has called constitutional concerns “meritless” and claimed that requiring private companies to properly protect their employees falls under the purview of the federal government. The amount of litigation the mandate is facing likely means the order could eventually end up in the Supreme Court’s hands.

The White House previously encouraged businesses to move forward with their mandates, despite mounting legal pushback – but the Occupational Safety and Health Administration (OSHA) ultimately suspended the implementation of the mandate itself last week while awaiting further rulings.

OSHA rules mandated that employees be masked indoors after December 5 and that anyone not inoculated against Covid-19 by January 4 undergo regular testing.