Home / WORLD / Biden admin has ‘deep concerns’ about Covid-19 China data from WHO, wants report on its origins ‘free from alteration’ by Beijing

Biden admin has ‘deep concerns’ about Covid-19 China data from WHO, wants report on its origins ‘free from alteration’ by Beijing 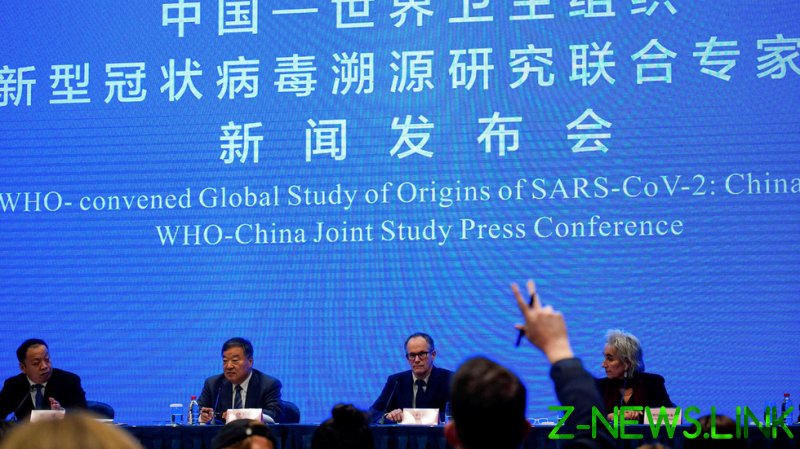 “We have deep concerns about the way in which the early findings of the COVID-19 investigation were communicated and questions about the process used to reach them,” National Security Advisor Jake Sullivan said in a Saturday statement.

Sullivan is calling for an “independent report” that is “free from intervention or alteration by the Chinese government.”

The first reported cases of Covid-19 were from the city of Wuhan, widely believed to be ground zero for the virus, in December of 2019. The WHO began an investigation in the city this year and has praised China for its response to the pandemic in the past, but reports have indicated the government has been uncooperative in releasing full data.

Former President Donald Trump often referred to Covid-19 as the “China virus,” putting much of the blame for the global spread on Beijing. He also moved to withdraw the US from the WHO after alleging the global organization was deliberately working to cover up information regarding China and the pandemic.

On his first day in office, President Joe Biden reversed this decision.

While Sullivan praised the WHO in his statement, he also said “re-engaging the WHO also means holding it to the highest standards.”

He added that all countries, including China, need to “participate in a transparent and robust process for preventing and responding to health emergencies — so that the world learns as much as possible as soon as possible.”

The most often-cited theory suggests that Covid-19 originated in bats and was eventually transferred to humans, but there has also been evidence-free speculation it could have spread from a Wuhan lab, something China has denied and the WHO continues to say is “extremely unlikely.”

“Our initial findings suggest that the introduction through an intermediary host species is the most likely pathway and one that will require more studies and more specific targeted research,” Dr. Peter Ben Embarek from the WHO said this week during a press conference, not recommending further investigation into a possible lab leak.

WHO director-general Tedros Adhanom Ghebreyesus, however, indicated this week ahead of Sullivan’s statement that “all hypotheses” about the origin of the virus “remain open.”

“Some questions have been raised as to whether some hypotheses have been discarded. Having spoken with some members of the team, I wish to confirm that all hypotheses remain open and require further analysis and studies,” Tedros said.

White House Press Secretary Jen Psaki also appeared to call for a more independent investigation into the origin of Covid-19, saying it is “imperative that we have our own team of experts on the ground” in China following the WHO’s report pushing back against the theory the virus was leaked out of a lab.

“We want to take a look at the data ourselves,” she said.