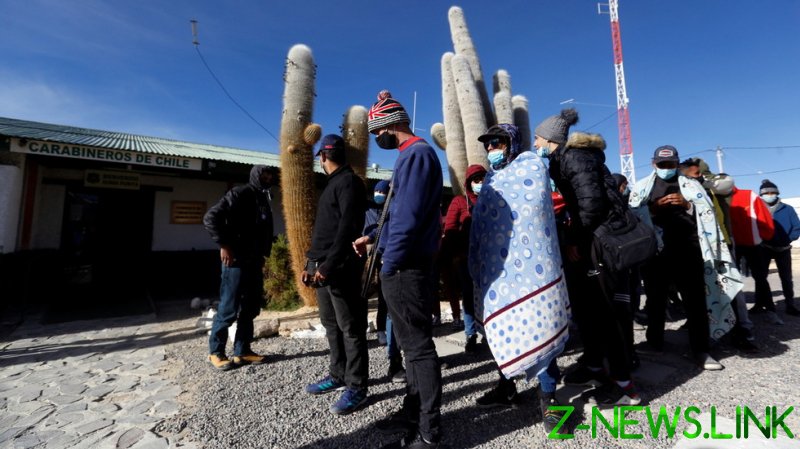 The Department of Homeland Security (DHS) announced the Temporary Protected Status designation on Monday, allowing some 320,000 eligible migrants to stay in the US for another 18 months while citing “extraordinary” conditions in the Latin American nation that prevent citizens from returning home.

“The living conditions in Venezuela reveal a country in turmoil, unable to protect its own citizens,” said DHS Secretary Alejandro Mayorkas. “It is in times of extraordinary and temporary circumstances like these that the United States steps forward to support eligible Venezuelan nationals already present here, while their home country seeks to right itself out of the current crises.”

Migrants will have 180 days to apply for the protections, which will require background checks and a number of fees – including a $410 payment for those seeking work authorization, $50 for applying and an $85 biometrics fee – as well as proof that the individual entered the country before the March 8 order, according to McClatchy DC. While the protected status is not permanent, it can be extended beyond the initial 18-month period.

The move comes after former president Donald Trump deferred deportations for Venezuelan migrants on his final day in office, allowing them to continue to reside in the US for 18 months. Biden’s Monday order effectively resets the clock, delaying deportations again for the same period while granting migrants formal protected status.

More than 5.4 million people have fled Venezuela amid a dire economic crisis, severe inflation and political turmoil, according to the United Nations, while the Covid-19 outbreak and an increasingly harsh international sanctions regime have only made matters worse.

However, a senior administration official told reporters that Washington is in “no rush” to lift a series of crippling sanctions imposed on the country – vastly widened under the Trump presidency – even as they accepted the penalties had failed to force Venezuelan President Nicolas Maduro from power.

“We have to recognize here that unilateral sanctions over the last four years have not  succeeded in achieving an electoral outcome in the country,” the official said, adding that the Biden administration would nonetheless continue to “increase pressure” on Caracas “in a coordinated fashion.”

As the Biden government pledges a new round of international pressure on Caracas, it continues to recognize opposition leader Juan Guaido as Venezuela’s “interim president,” a policy first adopted by the Trump administration in 2019 and taken up by a series of US allies. Trump would later voice support for a coup attempt led by the opposition leader in April 2019, which ultimately fizzled after a little more than one day.

In his first call with Guaido last week, US Secretary of State Antony Blinken said Washington is moving to “increase multilateral pressure” on Maduro globally and would continue to “press for a peaceful, democratic transition” in Venezuela.