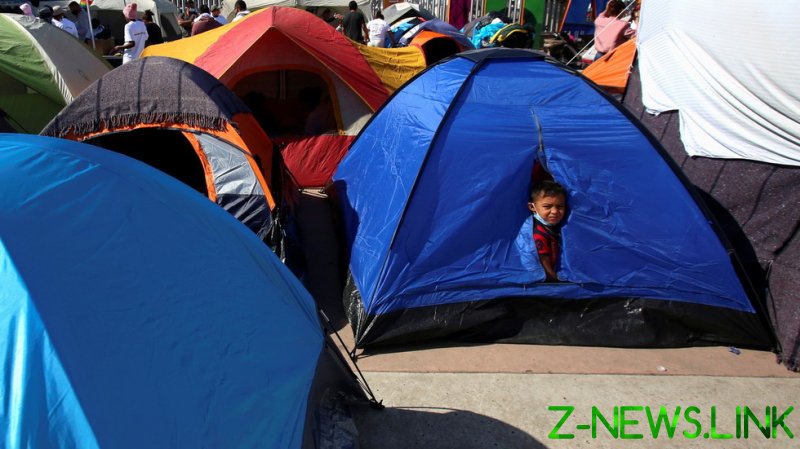 The agency will help “safely receive, shelter and transfer” children who cross the US southewestern border on their own, Homeland Secretary Alejandro N. Mayorkas announced on Saturday, saying that the FEMA’s assistance is to last 90 days.

In his statement, Mayorkas admitted that the government has to deal with “the arrival of record numbers of individuals, including unaccompanied children,” amid reports that more than 3,200 children have currently been interned at Customs and Border Protection holding facilities.

Nearly half of these unaccompanied migrants have been held over 3 days – in violation of the Flores Settlement Agreement, which stipulates that CBP cannot hold children for more than 72 hours, The New York Times reported earlier this week, citing internal CBP documents. The Times report alleged that the number of children in these facilities, designed to house adults, have tripled in the last two weeks.

Mayorkas blamed the influx on “ongoing violence, natural disasters, food insecurity, and poverty in the Northern Triangle countries of Central America.” While these are the usual reasons driving the migrant surge, conservatives have argued that the Biden administration’s liberal immigration policies have sent a welcome signal to the migrants, previously deterred by ex-President Donald Trump’s hardline immigration stance.

The tacit admission that there is an ongoing crisis at the border comes after AP reported on Friday that lawyers who wanted to check on child migrants reportedly held in squalid conditions in a tent facility in Texas, were denied access by the Biden administration. The facility is reportedly severely overcrowded, with children forced to sleep so close to each other “so they can touch the person next to him”, according to AP, citing lawyers. Some of the migrants have to sleep rough on the floor altogether, since there reportedly not enough mats for everybody, and some have to wait for over five days to take a shower.

The lawyers have called out the Biden administration for not talking the talk and not walking the walk. “It is pretty surprising that the administration talks about the importance of transparency and then won’t let the attorneys for children set eyes on where they’re staying,” Leecia Welch of the National Center for Youth Law told AP.