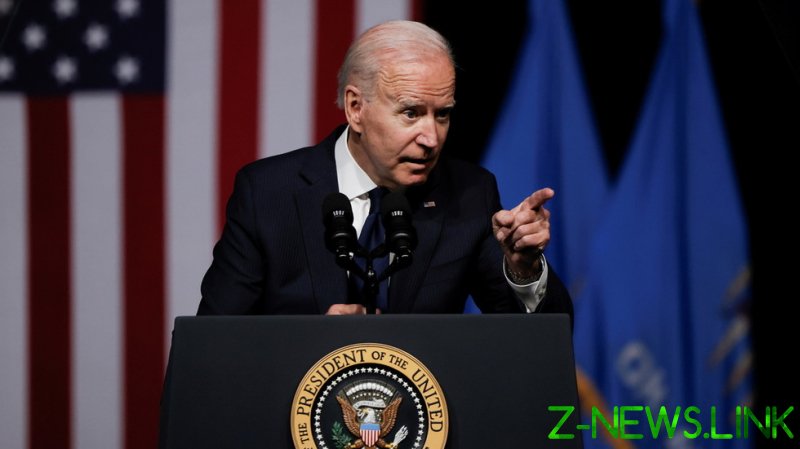 Joe Biden and Donald Trump don’t see eye-to-eye on much and, immediately after taking office in January, Biden set about undoing nearly every single Trump policy by executive order. However, hostility toward China is a rare policy shared by both Democrats and Republicans in Washington.

Biden proved this on Thursday, signing an executive order that prohibits US investment in 59 Chinese companies. The order is almost identical to one signed by Trump late last year, though it adds a handful of firms and shifts authority for enforcement from the Defense Department to the Treasury, a move that officials told the Washington Post beforehand is more legally sound.

The firms on the list were chosen due to their overt or alleged work for China’s defense or surveillance sectors, or for their owners’ ties to these sectors.

Some inclusions are self-explanatory, and more than three dozen firms on the list are involved in the aerospace, armaments and nuclear industries, or some other area of the defense sector. One company, Hangzhou Hikvision Digital Technology, is included due to its work producing surveillance technology that the Biden administration claims is used “to facilitate repression or serious human rights abuses.”

Other companies, including tech giant Huawei, and telecoms companies China Mobile Limited and China Unicom, are included due to their owners’ alleged ties to either the arms or spying industries, or both.

American firms already involved with these companies now have a year to divest. At time of writing, the Chinese government has yet to respond to the new sanctions.

Derided during his campaign by conservatives as “soft” on China, Biden has largely kept Trump’s adversarial policies toward Beijing intact. Far from winding down Trump’s trade war with China, Biden has kept Trump-era tariffs on Chinese goods intact, and sought to marshal the US’ allies in the Pacific region into a strategic alliance against China.