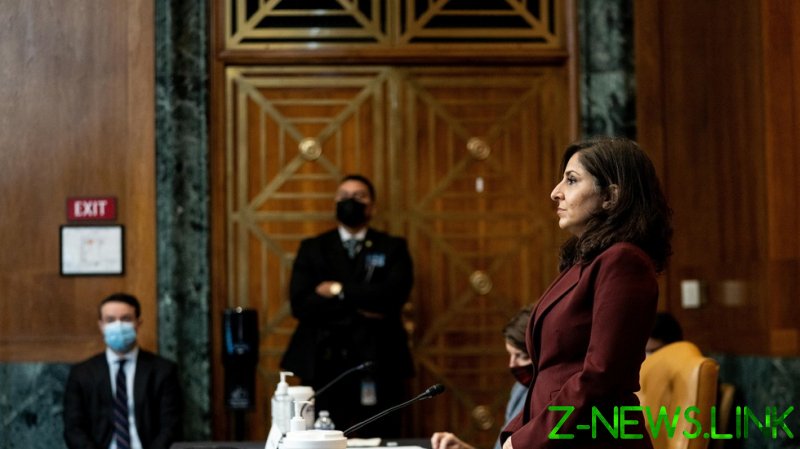 “I have accepted Neera Tanden’s request to withdraw her name from nomination for Director of the Office of Management and Budget,” Biden said in a statement on Tuesday. He offered no explanation for her decision but added “I look forward to having her serve a role in my administration” without specifying what that could be.

Tanden’s bid to lead the OMB hit speed bumps last week after a number of lawmakers signaled they would vote against her confirmation, including Democratic Senator Joe Manchin of West Virginia, who argued her “overly partisan statements will have a toxic and detrimental impact” on Congress. He was joined by Republican Senators Susan Collins (Maine) and Rob Portman (Ohio), putting her confirmation in jeopardy in a narrowly divided Senate.

White House Chief of Staff Ron Klain, among the staunchest Tanden allies in the Biden administration, told the Washington Post last week that “we’re fighting our guts out” to push her confirmation through the Senate, but added she would be elevated to some position in government not requiring Senate confirmation should she fail to be voted in. He also declined to state what role she would fill.

Working in both the Bill Clinton and Barack Obama administrations, Tanden has earned a reputation for aggressively attacking foes on Twitter, infamously scrubbing thousands of posts after learning she would be scrutinized for the OMB nomination. She also served for years as president for the Center for American Progress, a hawkish think tank bankrolled by Wall Street and Big Tech, firmly ensconced in establishment Democratic politics.

As CAP president, Tanden came under fire in 2015 over a leaked email exchange in which she suggested the US ought to steal Libya’s oil wealth in order to reduce the “giant” American spending deficit. She had supported the 2011 US-led regime change operation that ultimately saw leader Muammar Gaddafi tortured and executed by militants on a roadside in Sirte. The country has yet to recover from the chaos and violence unleashed by that “humanitarian intervention.”

News that Tanden would no longer seek the OMB role was met with jeers from her critics, with journalist Max Blumenthal suggesting she would “find a way to worm back in,” while others joked she would be a good fit as Biden’s “Libya Petroleum Theft Envoy.”