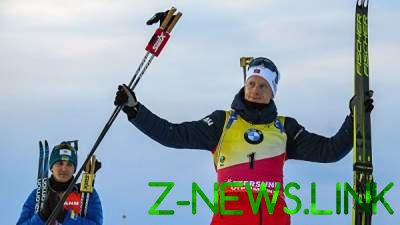 Be-Junior at the shooting range did not allow a single miss, which automatically guaranteed his 16th win of the season. Along the way, the Norwegian became the winner of the crystal globe in the standings before the mass starts. This award to an impressive collection of Johannes was not.

Thus, Johannes boe for the Big crystal globe added victories in all four disciplines. The Norwegian repeated the achievement of Martin Fourcade, who has a complete collection of globes in the seasons 2012-2013, 2015-2016 and 2016-2017.

The company Johannes Bø on the podium the final race of the season was two German Arnd Peiffer and Benedikt doll. In the flower ceremony featured Julian Eberhard, Willow-Hosted Christiansen and Lucas Hofer.

Dmitry Pidruchny on the shooting range made only one mistake, but speed on the track today was not perfect. The leader of the Ukrainian team finished the season in 19th place.