Biathlon coach explains why he rearranged French flag into Russian one 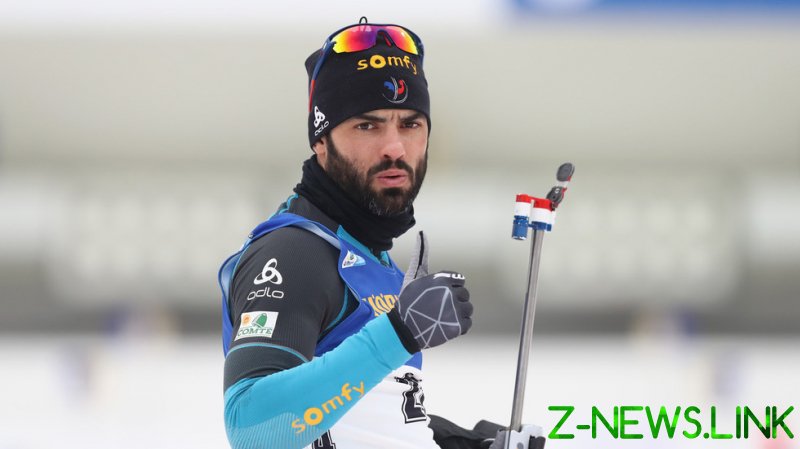 French biathlon coach Simon Fourcade has said it is “counterproductive” to ban Russian and Belarusian athletes from international competition, explaining why he made a gesture of support at the Junior World Championships in America.

A member of the Russian team, Yuri Batmanov explained this week how Fourcade had glued a Russian flag onto one of the wax booths at the event Soldier Hollow back in February after Russian national symbols had been removed in the wake of a decision by the International Biathlon Union (IBU).

According to Batmanov, Fourcade had used a cut-up French flag and rearranged it into Russian colors before applying it to the wax cabin where equipment is treated. The image had been shared at the time by Russian team doctor Aishat Erkenova. 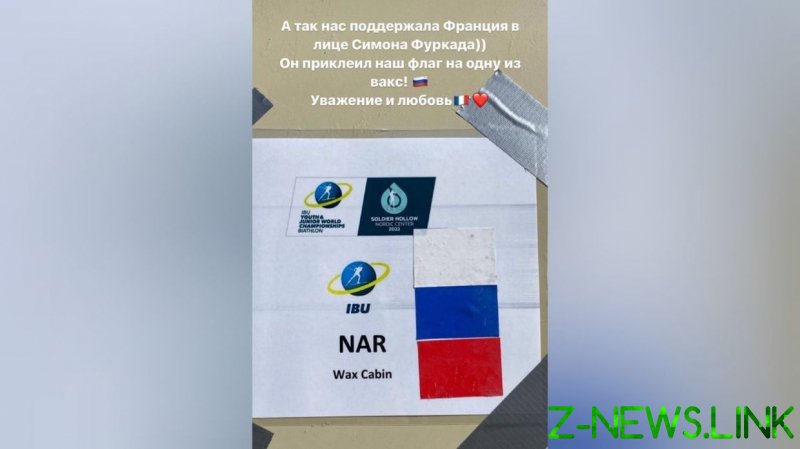 Fourcade, who is a former world champion and now a coach with the French junior team, has confirmed the incident in an extensive interview with Match TV.

The 37-year-old recalled the sadness he had seen among the Russian team after their national symbols were stripped from the event when the IBU announced on February 26 that they would have to compete without them.

Fourcade stressed that he did not agree with the Russian military offensive and what was going on in Ukraine, but said athletes should not suffer as a result.

“I wanted to show that the people in this wax booth are not to blame for anything. The colors of our flags are similar – red, white, blue,” explained Fourcade, who is the elder brother of five-time Olympic champion Martin Fourcade.

“I cut the French flag into three pieces and glued it to the door of the Russian wax cabin.” 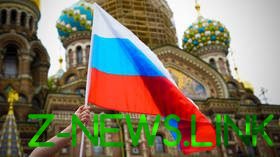 READ MORE: Sporting sanctions: How do Russia’s compare with other nations?

Fourcade indicated he was not the only one who felt some sorrow at seeing Russian athletes punished, explaining that a German coach had similar sentiments but that many decided to keep quiet to avoid causing ructions.

After initially being ordered to compete as neutrals, Russian junior athletes were barred from the concluding relay events at the World Championships when the IBU toughened its stance to an outright ban on March 2.

Fourcade said he had been unafraid of potential sanctions for his act of defiance, and that any punishment would have been dished out to him rather than the French team.

He also stressed it was a “human” act rather than a “political” one, and that he has expressed solidarity with those suffering in Ukraine as a result of the conflict – including biathletes from the country.

The French former Olympian asserted that the sanctions on Russian and Belarusian athletes are at odds with a distinct lack of punishment for other nations engaging in military action or which are accused of human rights issues, also noting the absurdity of protests such as taking the famous Quebec dish poutine off the menu at restaurants because of its similar name to Russian President Vladimir Putin.

Fourcade is not the only foreign observer to show sympathy for banned Russian athletes.

Norwegian sports official Oyvind Watterdal resigned in March in protest at the bans placed on Russian and Belarusian sportspeople, saying the measure was “in sharp conflict with my values ​​and perception of what sports should be.” 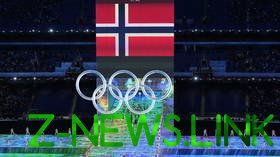 The International Olympic Committee (IOC) recommended on February 28 that no Russian and Belarusian athletes be invited to international competitions wherever possible.

That stance has since been adopted by a host of federations, including the likes of powerful football governing bodies FIFA and UEFA.

After its blanket ban on Russian and Belarusian athletes, the IBU this week went one step further by suspending the membership of the two nations’ federations.

Former Russian biathlon chief Vladimir Drachev responded by accusing the IBU of being “one of the leaders of the anti-Russian front” in world sport.