‘Beyond the pale’: Americans horrified by report that CIA under Trump discussed assassinating Julian Assange 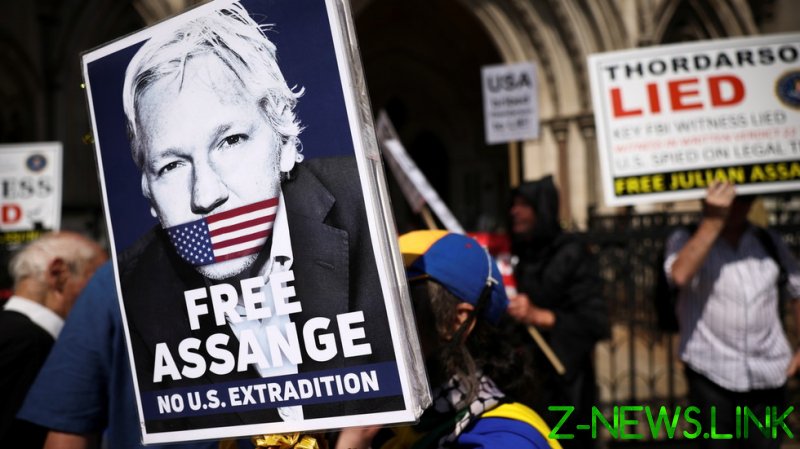 Yahoo News interviewed more than 30 former Trump administration officials for its article revealing that the US Central Intelligence Agency (CIA) under Trump’s then-CIA Director Mike Pompeo had discussed assassinating or kidnapping Assange while he took refuge in the Ecuadorian Embassy in London.

The report also claimed that the Trump administration, in partnership with the UK government, was preparing to potentially engage in dangerous street conflict with any Russian operatives, should they attempt to help Assange escape from the country.

Following the release of the report, the Freedom of the Press Foundation issued a statement calling the CIA “a disgrace,” adding, “The fact that it contemplated and engaged in so many illegal acts against WikiLeaks, its associates, and even other award-winning journalists is an outright scandal that should be investigated by Congress and the Justice Department.”

The foundation also called on President Joe Biden and his administration to immediately drop all charges against Assange, describing the CIA’s alleged plans as “beyond the pale.”

Horrified journalists, political commentators, and analysts from around the world also expressed shock at the details contained in the report.

“You cannot extradite somebody you plotted to assassinate,” reacted The Intercept’s Washington DC Bureau chief Ryan Grim, while journalist Glenn Greenwald tweeted, “Behavior like this from the CIA and now from the Biden DOJ is what *real press freedom attacks* look like.”

Others used the report to discredit public figures such as Bureau of Investigative Journalism editor James Ball, who had argued – while the CIA were discussing assassinating Assange – that the WikiLeaks founder would be safe if he left the Ecuadorian Embassy and was “unlikely to face prosecution in the US.”

Assange was forcibly removed from the embassy in 2019 by London’s Metropolitan Police and incarcerated in the maximum-security Belmarsh prison, where he remains to this day as the US government attempts to extradite him to face charges, including violating the Espionage Act, despite the fact he is an Australian citizen.