Beware of “turnovers” killing the industry 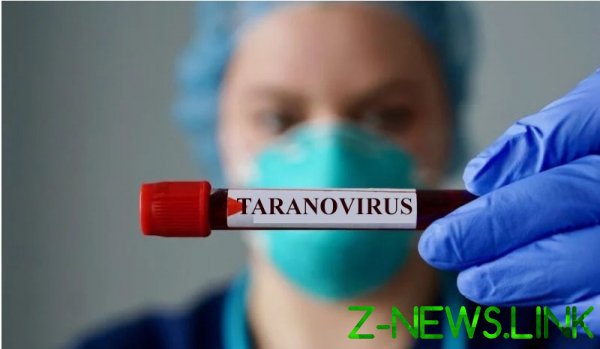 Like monuments to the defeat of the Russian industry in the 1990-ies, in many regions of Russia are the ruins of once mighty companies. Perhaps there is no region in the country where people still bitterly have not thought about such examples. They can understand that we are talking about millions of jobs lost and hundreds of billions of rubles, the shortfall in profits and taxes.

Defeated many sectors of the defense industry, which now, in the conditions of sanctions pressure, it is necessary to urgently restore from oblivion.

Did not escape this sad fate, and Novosibirsk. Of the powerful industrial center, he turned into a logistics point on the map of Russia. In fact, he repeated the fate of dozens of other major cities in the country. But the production, which managed to save exception to the rule.

In every story of salvation, industrial or research team can detect any influence of a remarkable personality, or of particular importance to the security of the state. And sometimes, that remained so stable demand and high profit products that you can afford to grease all the gears of a corrupt state machine.

Otherwise the enterprise is doomed, and not play the role its size and former glory.

Rot remains a huge “Sibselmash”, the wind being covered with snow and dust of the ruins of the city-forming enterprises: Altai tractor plant in Rubtsovsk and “Gormash” in Kiselevsk. Map of the country was like a graveyard of industrial dinosaurs. Their assets become the breeding ground for bred in a huge variety of industrial viruses.

One worth to tell you more.

“Turnovers” owes its name to the names of well-known and once successful the Novosibirsk businessman Edward Tarana, who the media often called the “raider”.

This might not be true, but why is his collaboration with caught in the crisis of the enterprise usually ends with his capture and subsequent destruction?

“Turnovers” contagious and dangerous still, so you should talk about methods of dealing with it more on the example of the history of one of the former flagships of industry of the Novosibirsk plant sibelektroterm. It is important to understand how it was possible for the plant to begin the recovery after the “tranverse fever”.

The actions of Edward Tarana’s choice of the victim to raider attacks are a little different from the habits of the coronavirus. That, in principle, still where to breed: a bat and a lizard, pangolin, and human flesh. When there is no suitable promob’ekt, the RAM will not disdain to profit by the stadium “Spartak” or to try to control the successful and world-famous ANO “Clinic NIITO”.

As coronavirus is deceiving the immune system of the victim, pretending to be his own cell, and Taran promises mountains of gold investment as its potential victims.

As says the Director of the ANO “Clinic NIITO” Oksana Shelakina in 2018 Taran tried to leverage full control over all property and multi-storey building where the staff of the clinic, on a bluff with promises of major investment. Oksana Shelakina not allow interception of property management, and since then the RAM goes in circles around the clinic, apparently waiting for the opportune moment for the new intrusions.

But officials of the Novosibirsk mayor’s office seem to have been afflicted “tranversal” and gave him about half of the stock of the city stadium “Spartak”. In the end, the stadium in ruins, the football team is in touch with city hall to save the object passes its shares in the regional property.

“Turnovers” the main thing is to penetrate the victim’s body, and then everything goes depending on the actual scenario. On “Sibelektroterm” RAM also went way spent buying for a small sum of debts of factory to the Bank “left-Bank”.

As one of the creditors of the bankrupt enterprise, the RAM gained access to the “body” of the victim, and became as coronavirus, reprogram the body for their nutrition and reproduction. For this purpose, the traditional promises of prosperity and healing managed to move the post bankruptcy Trustee of his longtime colleague of acquiring ownership of certain of Mr. Lebedev.

Within two years of the control that caused significant damage to the property of the enterprise, strongly let out the crisis. Unlike many other bankrupt, sibelektroterm could easily pay off the accumulated debts due to the demand for their products. Despite the opposition of the bankruptcy Trustee to restore the production plant over the years has produced some unique furnaces, including for export.

Produced bodywork parts for American trucks “caterpillar” together with scientists of Institute of nuclear physics SB RAS sibelektroterm successfully creates a unique setting for the international research project “PANDA”. If not “efficient” management of the bankruptcy Trustee, the installation would have been sent to Germany. And now I have to make up for lost time.

He, like the coronavirus, in principle, not interested in the victim’s death. It is important to feed and multiply. But often it ends with a fatal outcome. On the brink of destruction, until recently, stood and sibelektroterm. The bankruptcy Trustee Lebedev first passed the enterprise rent Taran glassworks “Ekran”. Taran got a huge plant just two million a month. For the price many times below the market.

In numerous interviews ramming repeatedly promised to turn the site “Sibelektroterm” in the industrial Park, which will be a queue of tenants. Although the majority of enterprises, at the time, came to him, eke out a miserable existence. In recent years, this “Akella raiding” began to lose their sense of smell and touch, often misses, but the habits remain the same.

In fact, instead of creating a Technopark started the traditional tactics of “turnovers” lowering the cost. Buy sibelektroterm at fair market a starting price of RAM was not able to do.

So, it was necessary first to destroy his and buy for pennies. In the shops cut out the miles of cables, removed everything that had in its composition of non-ferrous metals. Disappeared from the warehouses and the workshops materials and equipment, reduced staff, adding to the ranks of the unemployed and complicating the socio-economic situation in the third largest city in Russia. 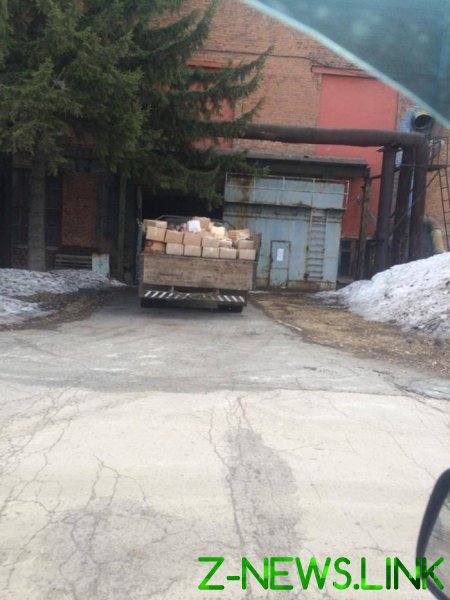 The guards hired by Lebedev, seemed to have noticed nothing. One day, some unlucky thief broke during the cutting of the cable, fell on the farm of the gantry crane and suffered multiple fractures. As has established a consequence, several hours unhappy painfully dying on this tap, called for help. But the guards stumbled upon the corpse of the unfortunate only in the morning.

The snow from the roof is not cleaned, what was the cause of the emergency condition of the roof of the third building.

The roof of the pumping station collapsed over a month ago, was broken conduit. Boiler room flooded, but it is not repaired, and just pump out water. The remaining pumps operate under water, and probably soon stop. Then completely stopped even weak water factory sites, preserved after the accident. 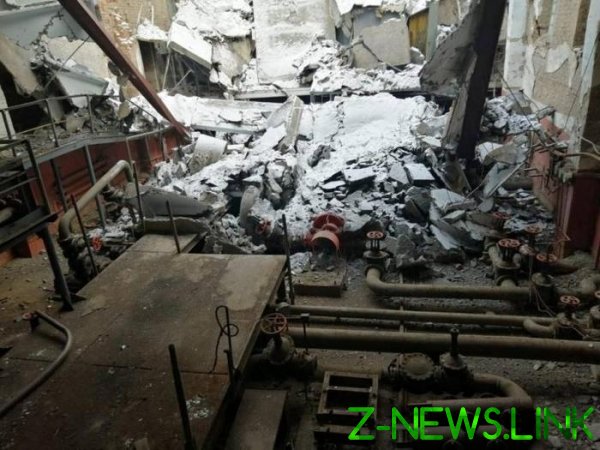 You can call what is happening the fruits of “successful” management of bankruptcy Trustee Lebedev, as well as the implementation of the RAM plan to reduce the value of the property “Sibelektroterm”.

In fact, this is probably “by sheer coincidence”, and focused on Mr. Lebedev last two years. One hand repeatedly postponed an auction to sell the property to someone who wanted to revive the production, and the other… not prevent the plundering of the plant.

As found a cure for the “turnovers”

As in the case of coronavirus, against the “turnovers” proved to be effective already known proven tools. COVID-19 kill antiseptics, and “turnovers” loses its power from the public, he cannot stand the publicity. The bankruptcy Trustee Lebedev was not able to stay at his post so long without a condescending attitude to his misconduct of the judiciary. But after the beginning of live broadcasts in social networking sessions of the arbitration court, Mr Lebedev became much harder to remain untouched. The judge began to think about the moral damage to your reputation.

Despite desperate attempts to derail what may become a sale for the debts of the third corps, Lebedev is no longer supported by neither the judge, nor the Federal Antimonopoly service. In the end, the third building was recently sold to one of creditors of factory of the company “Astra-Electric”, which has long plans to establish the production of electrical products. In this shop is restored and production of bodies for trucks “caterpillar”. Finally begin and the final build 500-ton the unique design for the project “PANDA”.

There are orders in the electric furnace, which is famous for sibelektroterm and which are used for the production of parts made of refractory metals, including titanium, in the defense industry.

For transfer case the new owner requires only the signature of the bankruptcy Trustee Lebedev on results of previous auctions. But then… the coronavirus came to the aid of “turnovers”.

Although all industrial enterprises (and not only them) are allowed to operate, Mr. Lebedev quickly isolated themselves so as not to transmit the third workshop of the new owner. At the same time began a hasty dismantling of equipment and removal and its technical documentation from the workshop.

It is clear that the protection of scheduled Lebedev, does not prevent the theft of property worth tens of millions of rubles.

Apparently Mr. Lebedev intends to “isolate itself” to the complete dismantling of equipment of the shop to try to make it impossible or very costly recovery of production in it. The new owner is looking for a legal way to stop “lawlessness”. Outraged and employees, who are deprived of the opportunity to get back to work.

“Turnovers” in the defense industry can be dangerous for its complications. And the state has not yet found effective methods of treatment.