‘Beware of trap’: Iranian FM warns Trump ‘Israeli agents’ are preparing ‘attacks’ on US forces in Iraq to spark war against Tehran 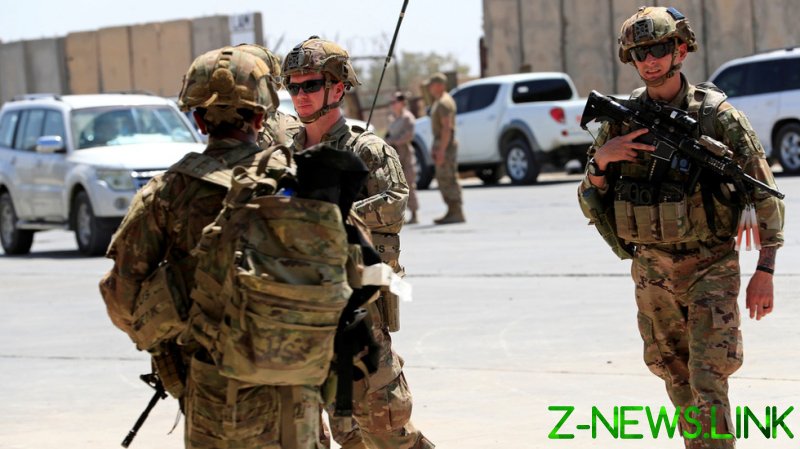 Zarif on Saturday tagged Donald Trump on Twitter – the US president’s social media of choice – as he repeated the claim of a false flag plot.

The foreign minister then warned Trump against falling for the alleged Israeli plot. He said that any hostilities against Tehran will backfire not only for Washington but also for its chief ally in the Middle East.

“Be careful of a trap, [President Trump]. Any fireworks will backfire badly, particularly against your same BFFs,” Zarif wrote.

On Thursday, he revealed Tehran had received a tip about such a plan brewing from Iraqi intelligence. While Zarif did not name a culprit behind the alleged plot, the tone of his message suggested that the US itself was actively seeking a pretext for war with Iran. He scolded Trump for flying B-52s and sending “armadas” to the Gulf region “instead of fighting Covid in [the] US.”

The already hostile relations between Tehran and Washington have reached a boiling point recently due to the upcoming anniversary of the US assassination of Qassem Soleimani. The late Iranian general and leader of the elite Quds force within the country’s Revolutionary Guards Corps (IRGC) was killed in a drone strike outside Baghdad, Iraq on January 3 last year.

While Iran retaliated shortly after the attack by striking several military installations housing US troops in Iraq, it has repeatedly pledged to extract further revenge on the Americans. Late in December, shortly after a rocket attack on the US embassy in Baghdad, Trump vowed to hold Iran responsible for the potential death of any American in Iraq.

Iran’s top officials openly cheered Trump’s election defeat in November, with President Hassan Rouhani stating his US counterpart was just days apart from going into the “dustbin of history.”