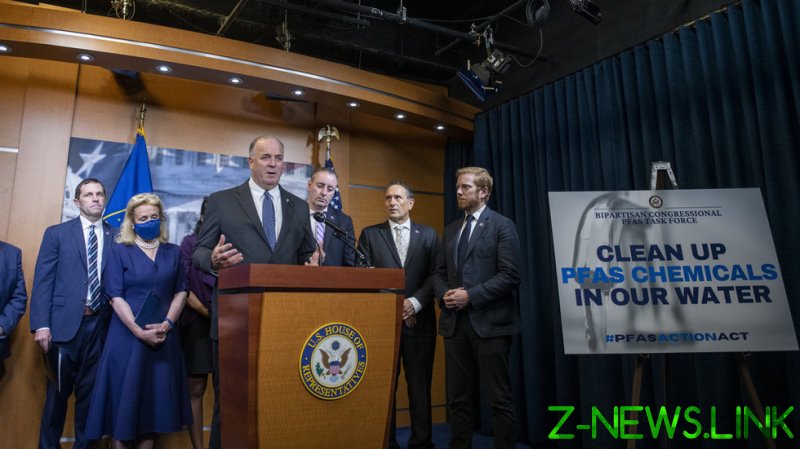 “This overdue legislation will save lives,” Rep. Lori Trahan (D-Massachusetts), a member of the House Energy and Commerce Committee, declared on Wednesday. In addition to cleaning up existing PFAS contamination, the law would help people who have suffered exposure to the deadly chemicals and avoid future exposure.

However, the nationwide version of the bill hasn’t quite become law, and requires President Joe Biden’s signature before it can take effect. Biden, who has promised to crack down on PFAS by designating them “hazardous substances,” announced $75 million would be set aside in the 2022 budget to study forever chemicals and address the issues that come with (de)contamination.

The chemicals are already known to be associated with illnesses like kidney cancer, immunological problems, and thyroid hormone issues, and have been removed from food packaging and other uses where they are likely to be accidentally ingested, but the companies that make them – 3M, DuPont, and other big-time political donors – have derailed previous presidents’ efforts to get tough on the polluters. It’s not clear whether the president – who infamously promised the donor establishment that “nothing will fundamentally change” under his presidency – is willing to risk the support of Big Chemical.

Trahan’s office also hopes to clean up constituents’ water, announcing plans for a 10,500 square-foot water treatment plant designed to filter PFAS out of contaminated wells. However, her efforts to get a similar measure passed in the Senate have not yet borne fruit, and some 200 million Americans are currently drinking PFAS in their own water – a testament to how difficult it is to remove the chemical from water supplies once it infiltrates them.

However, some progress is being made, if infinitesimal. Similar legislation passed in the state of Maine last week, though locals complained it wouldn’t take effect until 2030, leaving residents to effectively poison themselves in the meantime should they fail to keep an eye out for products labeled “non-stick, stain-resistant” and so on. The forever chemicals are already pervasive in the drinking water of some 2,000 communities across the US, including 50 public water sources in Massachusetts alone – and that’s just reports from this year. Starting in 2023, companies that manufacture such products must notify the state as well.

The Maine law – the first of its kind – was hailed as “a national model for policymakers to eliminate all but the ‘essential’ uses of PFAS in products,” with the loophole usable for “critical products such as medical devices” and fire-fighting foam, according to environmental health group Defend Our Health. The products have been the target of several lawsuits in recent years, including a $671 million settlement with DuPont and Chemours regarding a perfluorooctanoic acid (a PFAS chemical) leak in 2017.

The toxic nature of PFAS and their sister chemicals has not exactly been a secret all these years. Polyfluoroalkyl and perfluoroalkyl substances are all but impossible to remove from the body, hence the term “forever chemicals.” The Environmental Protection Agency is also seeking to step up the timetable regarding regulation and removal of the chemicals from drinking water, as once the substances enter the body they are essentially impossible to extricate. 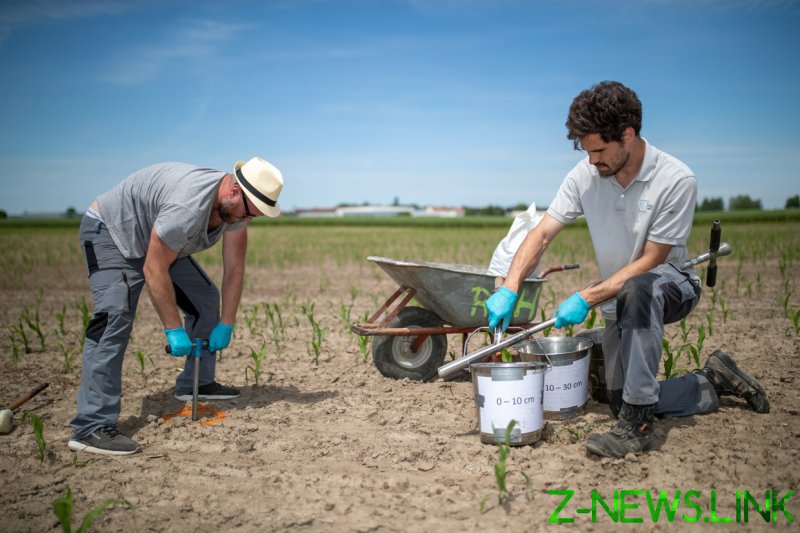 German sampling technicians take soil samples in a field near the US military airfield in Katterbach, Bavaria after an elevated concentration of PFAS in the soil and groundwater at the US barracks was discovered. June 15, 2021. ©  Global Look Press / Daniel Karmann / dpa

The 9,000 chemicals in question do not break down naturally, instead accumulating in the environment throughout the food chain. While it might seem shocking that Maine was the first state to ban them, their ubiquity has presented something of a brick wall to those seeking a place to start with regard to removal. Getting other states on board also represents something of an uphill battle.

Advocacy organization Environmental Working Group has only been bringing public attention to PFAS since the mid-2000s, meaning the cleanup effort is impossibly far behind given the rapidity at which these toxins are generated, and the rate at which they poured into public consumption starting with the “Better Living Through Chemistry” post-WW2 era. However, the additional $26 million the EPA would receive under Biden’s budgetary request made in April would be a much-welcome sum compared to the $49 million the agency received to combat the toxic substances this past year.

But Defend Our Health noted the time for studying “forever chemicals” had come and gone. “We’re well past the time of needing more research in order to declare PFAS as a class hazardous substances or to establish a truly health protective [maximum contaminant level] for drinking water,” deputy director Patrick MacRoy told Bloomberg earlier this year, adding that PFAS contamination had already forced the shutdown of multiple farms in Maine.

While 3M has tacitly admitted PFAS might not be the best substances for humans to be ingesting, noting “the science of PFAS continues to evolve,” the company insists “the weight of scientific evidence does not show PFOA or PFOS cause harm in people at current or past levels found in the environment.” Both are types of PFAS.

Along with other companies including DuPont, it recently settled a $4 billion lawsuit regarding PFAS.