Bethesda posted a Rage 2 in the Network without protection Denuvo 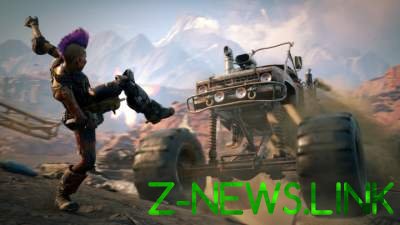 DRM-protection has not been added to the version of the game from Bethesda Store.

Yesterday on the major gaming platforms, the release post-apocalyptic first-person shooter Rage 2. For PC users the game is available on Steam and in the store Bethesda Store. Originally, the publisher planned to be equipped with the draft protection from cracking Denuvo. In the case with the Steam-version Rage 2 is present, but for some unknown reason, the DRM-protection has not been added to the version of the game from Bethesda Store.

See also:  The network has unveiled the design of the new crossover Audi Q8

Thus, Steam users were in a less favorable situation than the clients of Bethesda Store. As you know, Denuvo may reduce performance, and add a headache when using games with active protection.

Now it remains to wait for official reaction of the publisher. Good form removes it from the Steam version to equalize players of both services. Especially given the leaked versions of Rage 2 without Denuvo, further protection against piracy does not make sense.

See also:  White shirt: the trend of spring, without which we cannot do. Photo