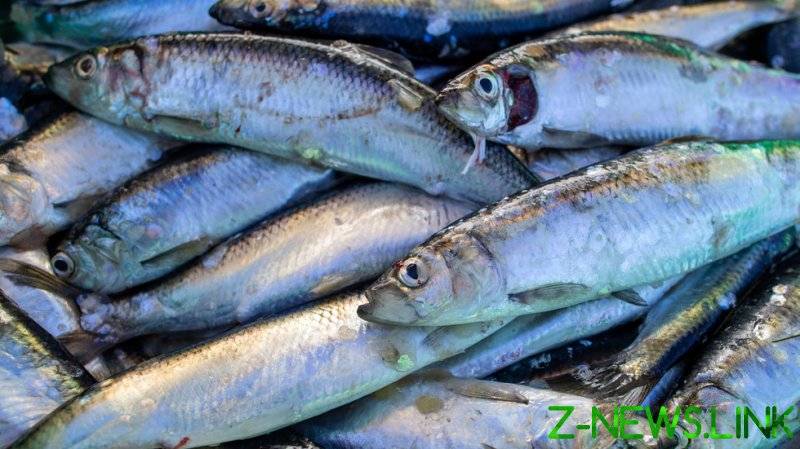 Videos of Pacific herring covering Sakhalin’s south-western coastline were posted online on Sunday. What looks like thousands of fish, both moving and still, can be seen ashore, with excited men walking among them.

Local ecologist Dmitry Lisitsyn, who posted some of the videos, said that, far from being an ecological disaster, this is a positive sign. The fish, also known as California herring, are on their spawning run, and there are so many that some of them are being washed ashore. The phenomenon shows that the herring population is not endangered, according to the expert.

“It’s normal, and in this case demonstrates that the population of herring in Sakhalin and Hokkaido is beginning to restore after a 70-year-long recession,” Lisitsyn said. He added that the fish are safe for consumption by both people and animals. “It’s also a great fertilizer. However [if you use it that way], there comes a risk: be prepared to meet a bear in your garden,” the environmental activist warned.

Fishermen in the region seemed excited by the occurrence. Fish came straight into their hands, they said, as they visited the coastline to collect some.

“My favorite kind of fishing, I learned from Instagram that the sea is gifting herring, came early and collected three bags with bare hands, not being too greedy,” one happy local wrote. Others were skeptical, suspecting the fish might have been “poisoned.”

Last year in October, the Russian Far East Kamchatka Region was hit by a large-scale environmental disaster. Piles of dead sea life were washed ashore on Kamchatka’s Pacific beaches, with scientists saying up to 95% of all organisms living on the seabed in the area died. Scientists are still debating the possible causes of that catastrophe.