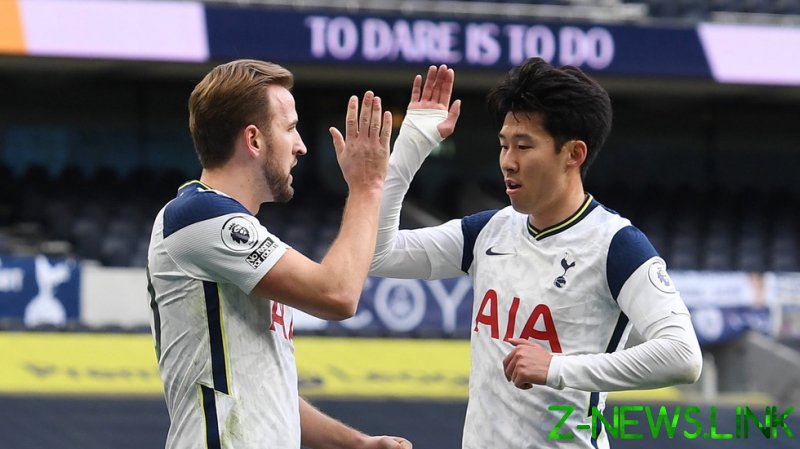 Spurs ran out comfortable 3-0 victors in north London on Saturday thanks to a Kane penalty on 29 minutes before Son converted an inch-perfect cross from the England forward two minutes before half-time.

Belgian defender Toby Alderweireld completed the rout for Jose Mourinho’s men on 50 minutes when he headed home, elevating Spurs to third in the Premier League table, level on 29 points with Leicester and Everton.

Kane’s assist for South Korean teammate Son was the 13th time the pair have directly combined for a goal this season – equaling the record for a duo in the Premier League, held by Alan Shearer and Chris Sutton when they were at Blackburn in the 1994/95 season.

With the season relatively young at just 16 games in, the dynamic Spurs duo will now be tipped to smash that record further.

Some fans hailed the pair as the “best combination in world football” based on current form.

Spurs boss Mourinho also praised the pair, who together have netted 76 percent of their team’s goals in the league this season.

“Their understanding is good,” Mourinho said. “That movement of Kane appearing on the right and Sonny in the finishing position fits well.

“I think in the Premier League there are many good players everywhere… but I have to say that Sonny and Harry are doing special things this season.” 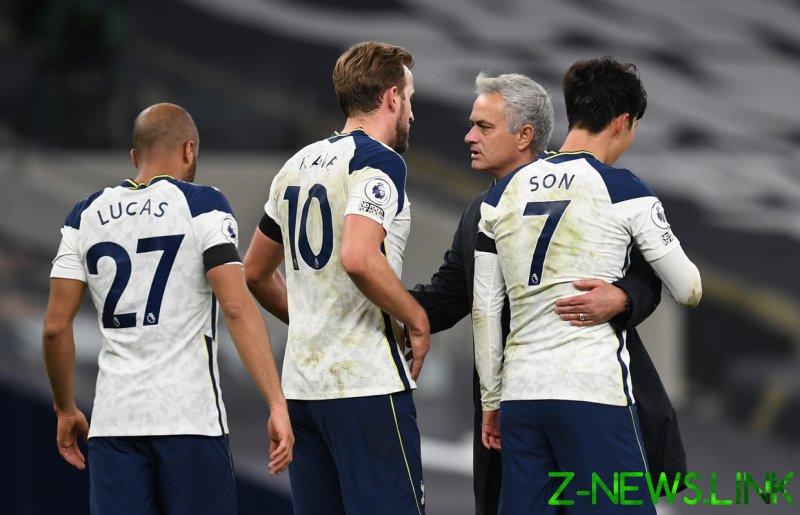 Mourinho was full of praise for his forward pair. © Reuters

Son’s strike was a landmark one for him as he brought up 100 goals for the London club in all competitions, registering 12 in the Premier League this season.

Kane’s spot kick goal was his 10th of the current campaign, while the England skipper also has 10 assists to his name thus far this season.

Kane’s finish against Leeds also meant the 27-year-old has scored against each of the 30 teams he has faced in the Premier League.

Earlier this season, Son and Kane made Premier League history in their team’s 5-2 battering of Southampton when Kane set up his teammate to score on an astonishing four occasions – the most times ever one player has directly assisted another in a single game.

With the pair firing on all cylinders, Mourinho will hope that he can keep Spurs in the Champions League places until the end of the season, and possibly even eye a title tilt as Spurs find themselves four points behind leaders Liverpool and Manchester United.