Home / economy / Best disinfectant. Not yielding to propaganda, depositors rushed to withdraw from their savings accounts

Best disinfectant. Not yielding to propaganda, depositors rushed to withdraw from their savings accounts 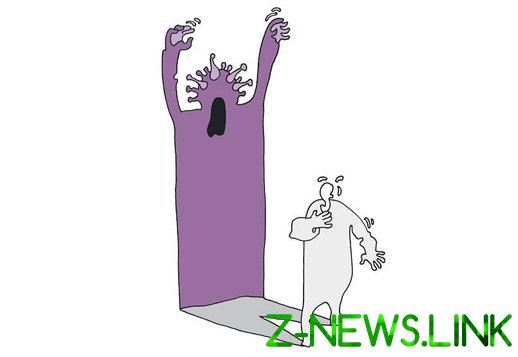 Even natural serious crisis to go to waste for nothing, what can we say about the crisis, artificially created. In the case of “the epidemic of the coronavirus” this truth is once again confirmed. Authorities and Central banks of Western countries, for a number of years sought to force the population to abandon the use of cash and drive it into a fully cashless payments, saw the current “quarantine” convenient opportunity for this. And with new force began to advocate the complete rejection of cash.

The script is extremely simple: cash can be a carrier of pathogenic viruses and bacteria, so they should get rid of and go to cashless settlements with plastic cards, smartphones and similar electronics. Although it is still a big question of where viruses live longer on paper, plastic or glass. In the end, cash is always possible to disinfect or, as did the US Federal reserve at the beginning of its existence as a standard service for banks, just wash. Moreover, if as the money was used not paper, and precious metals, for example, bactericidal properties of silver, the problem with disinfection of money would be solved by itself. Neither bacteria nor viruses on noble metals do not survive, and when the money was made from them, the coins were never carriers of any infectious disease.

However, it’s not about that. Propaganda is propaganda, and the population occurring in the financial and banking world in crisis is perceived quite differently. And this can be attributed directly to the emergency authorities consequences. Instead of believing the stories about how convenient and safe cashless payments, depositors rushed to withdraw from their savings accounts.

Reports of sharply increased after the beginning of the ‘epidemic’ demand for cash in various countries, e.g. USA, Australia, some European countries have appeared previously, but now have official confirmation of this. In the depths published on 9 April the financial stability report the Reserve Bank of Australia – local Bank – reported actually took place in March of this year a RAID of depositors on Bank, or rather many banks. Owners of large deposits prefer to take protective and preventive measures to shift from Bank deposits into cash. The expense of withdrawals from individual accounts were often in millions of Australian dollars.

Their owners reasonably considered that it would be much safer to not keep them in the form of cash somewhere in the Bank account, which may go bankrupt or to impose restrictions on the conduct certain operations, and that authorities under one or another pretext to confiscate the part, and then the full amount in cash. Who can say with certainty that this or that apparently solid Bank in reality is not bankrupt? It is therefore not surprising that the respectable audience felt that cash under the mattress will be a much safer place than a Bank account. This has its risks, but investors found them much less. Any depositor having ordinary common sense, should be a healthy suspicion of the reliability of the Bank or banks where he keeps his savings.

Australia’s Central Bank to meet the surge in demand for cash worked closely with banks and other similar structures. Flooding the market with cash, he sought to avoid large-scale financial crisis. For some time this problem is solved, but this does not mean that it completely disappeared. To do this, just look at the former Australian metropolis. The Bank of England became the first Central Bank in the world, who openly stated that he will directly Finance the deficit of the state budget. The holes in the budget will be filled nothing unsecured paper wrappers.

Earlier there was some external constraint like a formal increase in public debt, which was produced another piece of paper wrappers, referred to as currency, but now will not even do that. If the Federal reserve actually did the last time the same thing, but this was not declared, the British, surprisingly, decided to say about the truth. There is no doubt that soon all Central banks act the same way, so a surge in inflation, which will rapidly depreciate relative to real goods and available cash on hand – this is a question for the next few months.