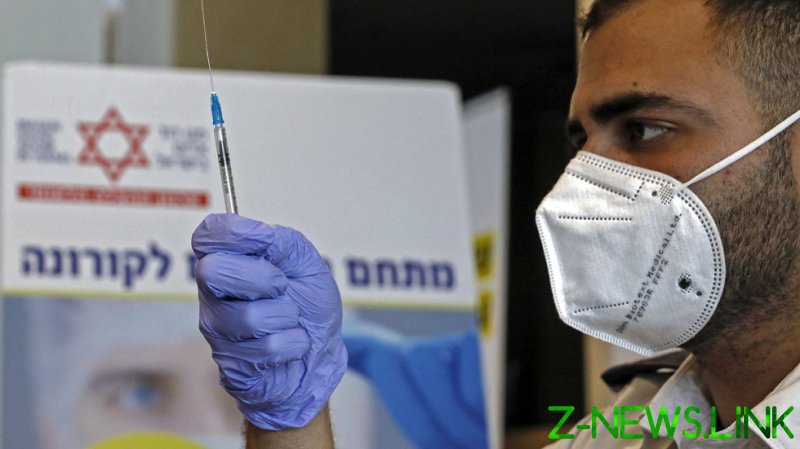 “As the occupying power, Israel is responsible for the health of all the people under its control. It is outrageous that Netanyahu would use spare vaccines to reward his foreign allies while so many Palestinians in the occupied territories are still waiting,” Sanders tweeted.

Israel’s decision to send out surplus Covid-19 vaccines has been rumored for days, before it was acknowledged by Prime Minister Benjamin Netanyahu on Wednesday. The Israeli leader confirmed that he had personally decided to share a symbolic amount of vaccines with friendly countries, openly admitting the political nature of the move.

The handout has been done “in return for things we have already received, through many contacts in various areas that I will not detail here,” Netanyahu said without providing further details.

While Netanyahu did not name the countries that received the vaccines, local media reported the list of recipients includes 15 countries that received around 100,000 doses of the Moderna vaccine. The list includes countries such as Honduras, Guatemala, Hungary, Uganda, and the Czech Republic – those which have in some way supported Israel’s claim on Jerusalem as the capital.

Israel has launched one of the largest mass vaccination campaigns in the world, already giving them to 45 percent of its population of 9 million.

The campaign has been criticized by Palestinian officials and human rights groups for refusing to expand the record immunization drive into occupied territories in the West Bank and Gaza. Tel Aviv finally expanded its program to Palestinians in mid-February – but only to those who have a legal permit to work in Israel.

The vaccination of Palestinians is the responsibility of the Palestinian Authority, Israel has claimed, citing the interim peace agreements from the 1990s, the Oslo Accords. Israeli officials have said surplus vaccines can be shared with the Palestinians when local demand is met.