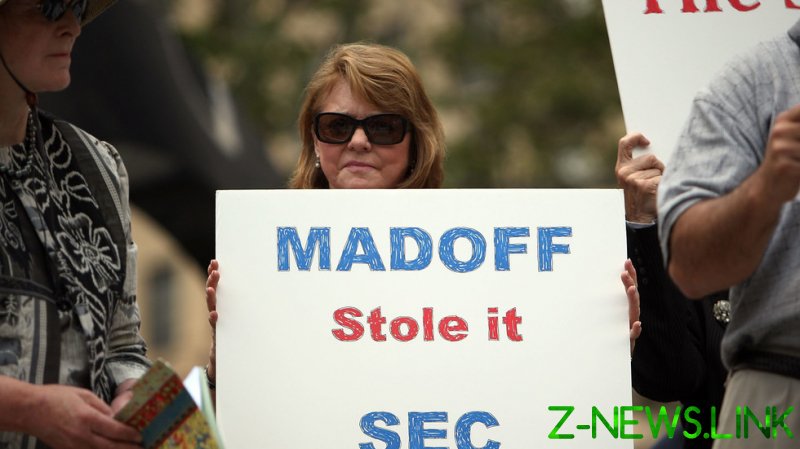 The sister of disgraced Wall Street titan Bernie Madoff and her husband – who were also the  victims of the Ponzi schemer’s massive fraud – have died from gunshot wounds in a case that police are investigating as a possible murder-suicide.

Sondra Wiener, 87, and Marvin Wiener, 90, were found dead in their Boynton Beach, Florida, home on Thursday afternoon. Police confirmed on Sunday that the deaths may have been a murder-suicide, though it wasn’t disclosed which spouse was suspected of doing the shooting.

Multiple suicides have already been linked to Madoff’s $65 billion Ponzi scheme, which unraveled in 2008, after he admitted the fraud to his sons. His oldest son, Mark, reportedly hanged himself to death on the second anniversary of his father’s arrest, leaving behind a note blaming the financier for ruining his life. Several investors also killed themselves over their losses in the scheme, including a hedge fund executive whose firm had invested $7 billion with Madoff.

His younger son, Andrew, died in 2014 after blaming his father for recurrence of the rare cancer from which he suffered. “One way to think of this is, the scandal and everything that happened killed my brother very quickly, and it’s killing me slowly,” he said in a People magazine interview.

The elder Madoff died last year in federal prison after a long bout with kidney disease. He was 82.

The Wieners reportedly lost $3 million in Madoff’s Ponzi scheme and were forced to downsize. They had lived near Madoff’s estate in the gated BallenIsles Country Club enclave in Palm Beach Gardens, but they sold the home in 2009 for $575,000 – nearly $76,000 less than they had paid for it six years earlier. They then bought a $315,000 home in Boynton Beach, about 25 miles down Florida’s eastern coast.

One of the couple’s sons, Charles Wiener, worked at Madoff Securities for decades. Another son, David Wiener, told the New York Post in 2009 that his parents had suffered greatly from Madoff’s scheme.