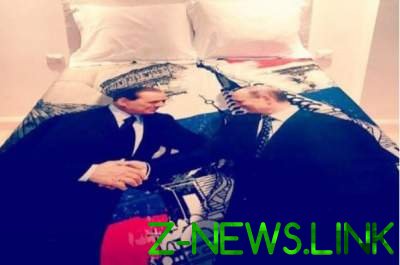 Former Prime Minister Silvio Berlusconi on the day of the 65th anniversary of Vladimir Putin flew on a private visit to Russia and gave the President an embroidered duvet cover is handmade.

As reported by Italian newspaper Saggese della Sera, the Stampa and La Republica, for the gift depicted Putin and Berlusconi shake hands.

According to Italian media, Berlusconi congratulated Putin in Sochi, the Kremlin has officially announced the arrival of the former Prime Minister.

We will remind, Putin celebrated his birthday on 7 October.