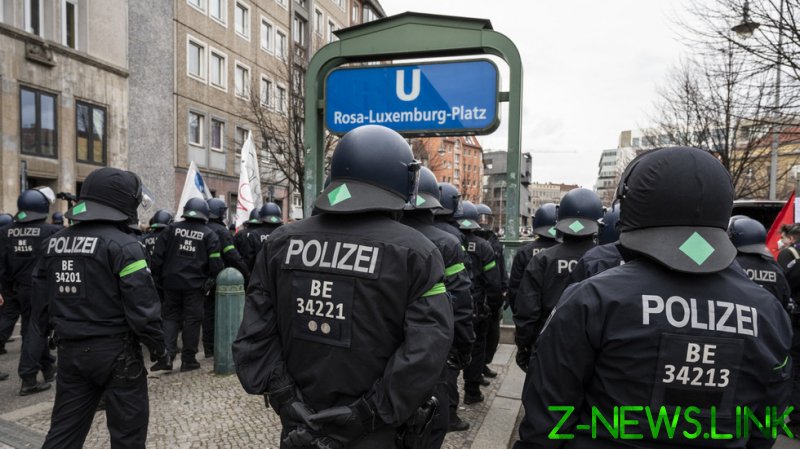 Berlin Police announced on Wednesday that it had raided the “homes and places of residence” of the accused, as well as two businesses linked to the suspects. The searches were declared “successful” and authorities are now evaluating the evidence that was collected.

The search warrants were issued after the suspects were found to have shared far-right, racist and anti-government materials in a chat room. The messages prompted an investigation into the five officers for “incitement to the masses and the use of anti-constitutional symbols” – likely referring to swastikas and other Nazi symbols, which are banned in the country.

German public broadcaster DW said that the raids were part of an ongoing criminal probe against the five officers on possible charges of sedition.

The investigation is connected to an ongoing crackdown on alleged far-right extremism among the country’s law-enforcement personnel.

In June, authorities announced that 20 police officers from the German state of Hessen were being investigated for far-right links. Officers carried out numerous searches, both at private residences as well as inside Frankfurt’s police headquarters. Most of the suspects involved had been accused of participating in far-right chat groups. Seventeen Hesse officers were suspected of sharing extremist materials as well as Nazi symbols. The three others, who were supervising officers, were accused of being aware of the chats and of doing nothing to stop them. The officers in Berlin were reportedly part of the same chat group.

A month earlier, five officers in the city of Ludwigsburg in Germany’s southern Baden-Wurttemberg state, came under investigation for possible sedition after sharing hateful content in a group chat.

According to a report last year by the Federal Office for the Protection of the Constitution, there were more than 1,400 suspected cases of right-wing extremism among law enforcement, military and security personnel between 2017 and 2020. Interior Minister Horst Seehofer said at the time that the alleged extremists only represented a tiny fraction of the country’s police and military forces.