Home / WORLD / Ben Shapiro’s first ‘movie for conservatives’ isn’t bad, but he needs to show it somewhere other than his right-wing echo chamber

Ben Shapiro’s first ‘movie for conservatives’ isn’t bad, but he needs to show it somewhere other than his right-wing echo chamber 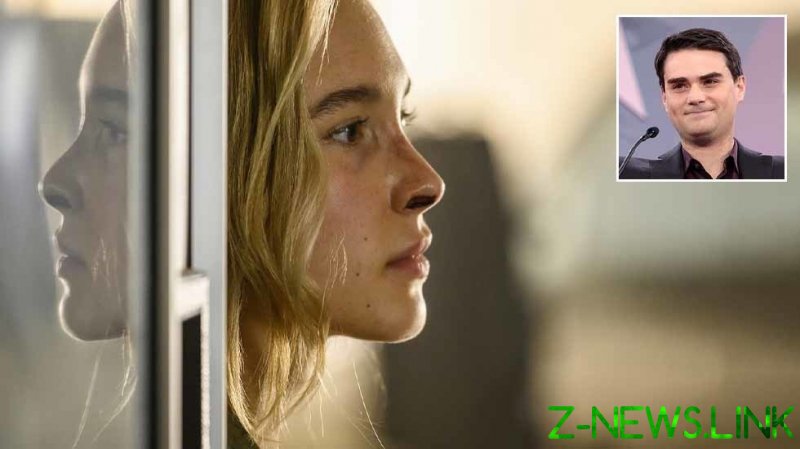 Run Hide Fight, written and directed by Kyle Rankin, is a new action thriller film that tells the story of Zoe Hull, a female high school student fighting back during a school shooting.

The movie, which stars Isabel May as Zoe and Thomas Jane as her father Todd, is basically Die Hard but set in a high school with a female protagonist.

Run Hide Fight has garnered some media attention due to being the first film distributed by The Daily Wire, the conservative media outlet founded in 2015 by political commentator Ben Shapiro. The movie is available for streaming exclusively on The Daily Wire for paid subscribers.

As Andrew Breitbart once said, “politics is downstream of culture”, and with this in mind Shapiro is leading the charge for conservatives to make a more concerted effort to be involved in popular culture, long a bastion of liberal domination.

Conservatives have for decades railed against liberals’ control of entertainment, decrying the impact it has in shaping public sentiment. But despite all the handwringing, conservatives have never really made a serious move to compete in that arena, just complain about it.

Conservative filmmakers have traditionally lacked the talent, skill and craft to make worthwhile conservative art or entertainment, which is usually so politically heavy-handed, artistically obtuse, intellectually trite and emotionally infantile as to be ridiculously unwatchable.

Run Hide Fight sets out to reverse that trend.

As someone more arthouse than action movie, more cinema than politics and who has zero interest in Ben Shapiro, his whiny politics and his even whinier voice, my expectations going into Run Hide Fight were very low, and my assessment is as follows.

The film is most definitely derivative, formulaic and predictable as it borrows liberally from the Die Hard blueprint. The structure of the narrative and the character archetypes are almost identical to Die Hard… but not as good.

The film also suffers from some sloppy directing and flimsy storytelling, as director Kyle Rankin is no master craftsman like the criminally undervalued John McTiernan.

But there are also some bright spots. The well paced film runs an hour and 49 minutes and kept me engaged the whole time. The film’s politics are pretty subtle, with conservative values just a backdrop, not the main attraction. And finally, Isabel May does a terrific job in carrying the whole movie. May is not Bruce Willis, but she is a formidable force and flashes moments of genuine brilliance in the movie.

Is Run Hide Fighta great movie? No. But it also isn’t a bad movie. To its credit, it is, like the vast majority of Hollywood’s output, just a plain old regular movie. But that is a huge first baby step for conservatives trying to get into the pop culture game.

The problem is the film is only streaming on The Daily Wire and to see it you must pay to subscribe. I understand what Shapiro is trying to do with this business plan, but I think it’s terribly flawed.

This film is definitely geared towards a teen audience, and what Shapiro wants to do is bring young adults to his website to see his lone film, and then stick around to read and listen to right-wing news in the hope of bringing them into the conservative fold.

This single film alone just isn’t good enough, though, for some teenager to expend enough time, mental energy and money to actually subscribe to a website they’ll only use once to watch a middling movie in a market already flooded with a cornucopia of middling movies.

Netflix, Amazon Prime, Hulu or the myriad of other streaming services are teeming with a plethora of similarly mediocre, mildly entertaining films, whereas The Daily Wire only has this one.

Sure, the people who already subscribe will be happy to have access to Run Hide Fight, but by limiting who can see the film, Shapiro is just reinforcing his echo chamber and not expanding his reach, which if conservatives want to get into the pop culture war should be his ultimate goal.

If Run Hide Fight was available on video-on-demand and anybody could rent it for $5 or buy it for $15, thousands of young adults would watch it and it could maybe help The Daily Wire build a relationship with an untapped audience. If VOD services refused to carry the film, that would only generate free publicity and rebel cachet for the movie.

Shapiro’s current business model loses out on the money from expanded access via video-on-demand and myopically cuts off his right-wing nose to spite his liberal-hating face by letting only true blue conservatives see it.

As the old saying goes, you never get a second chance to make a good first impression, and Run Hide Fight is a decent enough teen action thriller that would make a good impression on young adult audiences, if only they had an easy opportunity to see it.