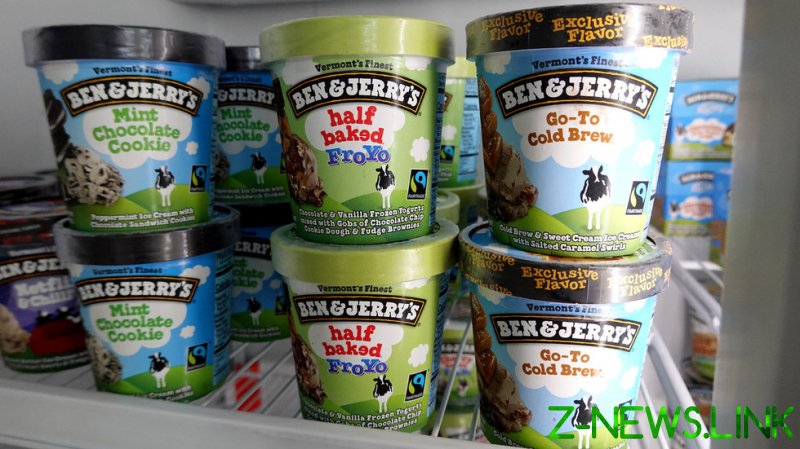 Politically-charged ice cream company Ben & Jerry’s has decided to make its stance on the ongoing tensions over Ukraine known, slamming an apparent lack of logic in US President Joe Biden’s approach to the crisis.

“You cannot simultaneously prevent and prepare for war,” the makers of ice cream, frozen yogurt, sorbet and non-dairy products tweeted on Friday.

Ben & Jerry’s addressed Biden directly, calling on him to “de-escalate tensions and work for peace rather than prepare for war.”

“Sending thousands more US troops to Europe in response to Russia’s threats against Ukraine only fans the flame of war,” the left-leaning company insisted.

Earlier this week, the White House authorized the deployment of an additional 2,000 American troops to Eastern Europe in order to reassure its allies in the face of a claimed Russian ‘invasion’ of Ukraine. The first cargo planes with American soldiers and hardware began arriving in Germany on Saturday.

Contrary to what Ben & Jerry’s has said, Moscow hasn’t been making any actual threats towards Ukraine, and has denied all allegations that it’s planning to attack its neighbor as groundless attempts to provoke “hysteria.” 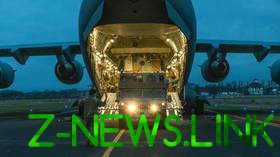 According to Russia, Washington and its allies are to blame for the escalation as their deliveries of arms to Ukraine, and NATO’s continued eastward expansion, have only encouraged Kiev to search for a military way out of its ‘frozen’ conflict with the secessionist Republics of Donetsk and Lugansk in the country’s south-east.

The new deployments of US troops to Eastern Europe is a “destructive step” that would only “delight” the government in Kiev and “reduce the margin for political solutions,” Russia’s Deputy Foreign Minister Alexander Grushko said.

On Sunday, Israel’s Justice Minister Gideon Sa’ar said he’d decided to use the country’s boycott law to sanction Ben & Jerry’s and its parent company, Unilever, amid a growing row with the ice cream producer.

The move, which still needs approval from the Knesset, is mooted as a response to Ben & Jerry’s decision last year to stop selling its ice cream in the ‘Occupied Palestinian Territories’ of the West Bank and East Jerusalem.

“The State of Israel must fight against boycott attempts, which are part of a broader strategy to delegitimize the Jewish state,” Sa’ar declared.

The 2011 legislation allows Israeli authorities to deny benefits, including tax exemptions or participation in government contracts, to individuals and organizations responsible for boycotting Israel or for urging others to do so.