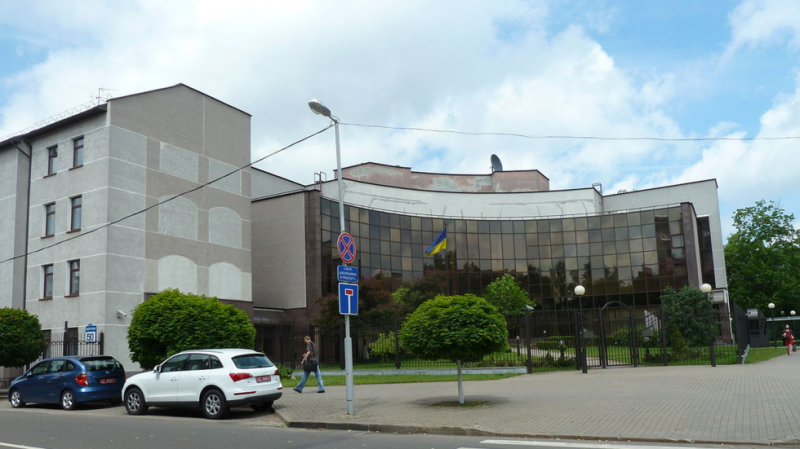 Ukraine’s diplomatic presence in Belarus will be reduced from two dozen to just five people in the embassy, with the consulate in Brest set to close in order to prevent “unfriendly actions,” Minsk announced on Wednesday.

Belarusian Foreign Ministry spokesman Anatoly Glaz said in a statement that the decision was caused by Ukraine’s politics over the years, which, in his opinion, were aimed at the “irresponsible destruction” of bilateral relations, business, and people-to-people connections.

“In full accordance with Article 11 of the Vienna Convention on Diplomatic Relations, the Republic of Belarus has decided to reduce the number of Ukrainian diplomats on its territory. This step is aimed at stopping the non-diplomatic activities of a number of employees of Ukrainian foreign missions. They were asked to leave our country within 72 hours,” Glaz said.

The Ukrainian embassy can “safely continue their work” in the format ‘1+4’, which means an ambassador and four diplomats.

“Due to the actual lack of staff, the Belarusian side also decided to close the Ukrainian consulate in Brest,” Glaz announced.

Speaking about the reasons behind these decisions, Glaz said that the “Ukrainian authorities began to directly and indirectly interfere in our internal affairs, put ‘on pause’ contacts between states, and, back in 2021, at a high official level, called Belarus a ‘hostile country’. These statements, unfortunately, were followed by a number of practical destructive actions,” Glaz said.

“Therefore, in connection with the current situation, the leadership of the country, as an exception, has decided to allow visa-free entry into the territory of the Republic of Belarus from Ukraine, stay and subsequent departure from the Republic of Belarus until April 15, 2022, including to Ukrainians and citizens of other foreign states trying to leave the war zone,” he said.

On Tuesday, the State Security Committee – Belarus’ intelligence service – announced that it took measures “to fetter the intelligence activities” of Ukraine’s residency, which was allegedly operating under diplomatic cover.

According to the deputy head of the KGB Investigation Department, Konstantin Bychek, the employees of both the embassy and of the Brest consulate were involved in intelligence activities.

“With the total number of the diplomatic mission of Ukraine a little more than two dozen people, at least half of them were staff members of the Main Intelligence Directorate of the Ministry of Defense of Ukraine and the Foreign Intelligence Service of Ukraine,” Bychek said.

Responding to the spying accusations by Belarus, Ukraine said the employees of the Ukrainian embassy in Minsk officially represented “various departments of Ukraine,” including the Ministry of Defense and Security Service of Ukraine.

“Their personal information was made public. Before the war, these people held hundreds of meetings with official representatives of Belarus. Such activities can hardly be called ‘undercover’,” Ukrainian Foreign Ministry spokesman Oleg Nikolenko said.

Nikolenko also expressed hope that Minsk’s “provocation” has not been aimed at “strengthening anti-Ukrainian hysteria in Belarus, to justify support for Russia’s armed aggression against Ukraine.” He added that Kiev reserves the right to respond to such “unfriendly” actions.

Responding to Wednesday’s news about the reduction of Ukraine’s diplomatic presence in Belarus, Nikolenko also said that Kiev would respond, with details to be revealed later.