Belarus has made an important statement on exercise “Zapad-2017” 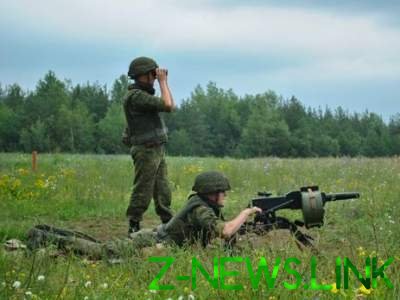 After the end of military exercises “West-2017” to the representatives of Lithuania, Ukraine and Slovakia held on the territory of Belarus inspections and found no evidence the presence of military activities or undeclared military forces, according to the Ministry of defence of Belarus.

The Ministry of defense of Belarus refuted the information about the remaining in the state after the exercises “West-2017,” the Russian military.

“As previously stated, the entire Russian contingent participating in joint strategic exercises “West-2017″, has left the territory of Belarus in September this year”, – reads the statement of the Ministry of defense.

The Ministry said that after the completion of the exercises “West-2017” within the framework of obligations under international treaties in the field of arms control, Belarus provided on its territory four events control the three States parties: Lithuania, Ukraine, and Slovakia.

See also: For Russian tourists came up with a harsh punishment in Thailand

“The results of the activities of foreign inspectors any evidence of the presence or undeclared military activities of military forces, including Russian, have been identified, as evidenced by the official records of these countries”, – said the defense Ministry.