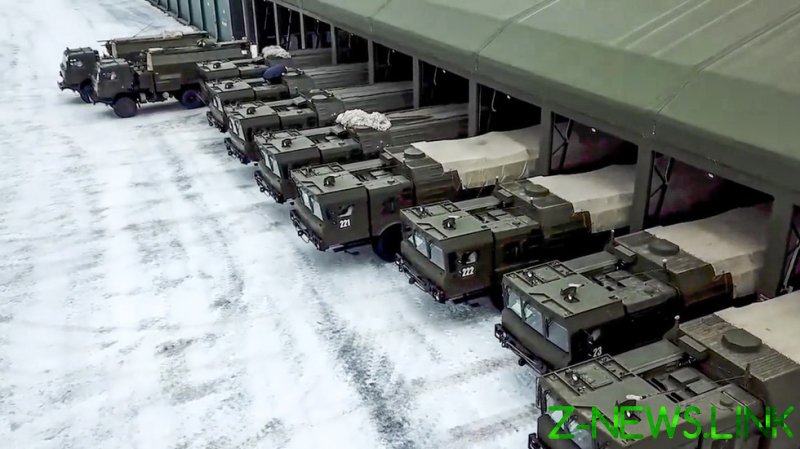 “Today, we have deployed the S-400 systems and, most importantly, the Iskander system that you handed over to us, as you promised six months ago,” Lukashenko told Putin at a joint press conference in Minsk.

Putin, as well as Russian Foreign Minister Sergey Lavrov and Defense Minister Sergey Shoigu, arrived in Belarus on Monday for a series of talks with their counterparts regarding economic, military, and energy cooperation. At their press appearance, the Russian president revealed that the two countries have already established an integrated air defense and warning system, of which S-400 batteries are a crucial element.

“I must say that we prepared the planes. As it turned out, we had such planes since the Soviet times, we’ve tested them in the Russian Federation. Together with the Russians, we now train crews that can pilot planes that can carry these special payloads,” Lukashenko said.

READ MORE: US has put itself and Russia ‘on brink of direct clash’ – Moscow

While neither president used the word ‘nuclear’, Putin pointed out that NATO introduced the practice decades ago. This was most likely a reference to the US policy of ‘nuclear sharing’, deploying a number of missiles in several NATO countries which do not have atomic weapons of their own, but operate ‘dual capable aircraft’. Polish officials expressed their willingness to join that program in October, prompting Lukashenko to accuse Warsaw of threatening neighboring Belarus.

The US State Department responded to Putin’s visit to Minsk by accusing Belarus of “ceding its independence” to Russia. Belarus is aiding and abetting Russia in the “brutal war” in Ukraine, State Department spokesman Ned Price told reporters.

Washington and its allies have already imposed sanctions on Belarus over the conflict in Ukraine. Asked if there were any specific “red lines” that would make the US consider Belarus a party to the conflict, Price said the US will “continue to watch very closely” what Minsk does, and “look for additional means to hold the Lukashenko regime accountable,” without naming any particulars.

Earlier, Price pointed out that the US has spent over $20 billion on aid to Ukraine since Joe Biden was sworn in as president in January 2021, and will continue to send money, arms, and ammunition to Kiev.

Moscow has repeatedly warned the West that arms shipments to Ukraine will only prolong the conflict. Earlier this month, Putin said that the West had de facto turned Ukraine into “a colony” and was using Ukrainians “as cannon fodder” and a battering ram against Russia while supplying Kiev with weapons.