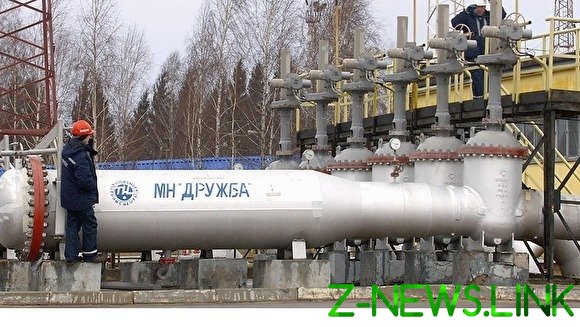 30 APR Belarus completely stopped receiving oil from Russia. Transit of energy is scheduled to resume on may 2 after the displacement of low-quality oil. This is reported by TASS and BelTA with reference to the representatives of OJSC “Gomeltransneft Druzhba”.

“At 8:00 on 30 April all route assignments for the month were completed and accept oil from Russia completely stopped,” — leads edition of the message of the company.

Earlier, the Russian energy Ministry reported that a quality oil that meets the requirements of the regulations began to arrive on the border of Belarus on April 29. It was said that the oil refinery in Mozyr oil will do 2 or 3 may. According to the Belarusian side, now clean oil is on the 30-kilometer route Unecha — Mozyr. It is a third of the way from the city to the state border with the Republic of Belarus.

Using the forced pause, we will try to do need repairs,” — said in OJSC “Gomeltransneft Druzhba”.

On 19 April, the concern “Belneftekhim” reported a sharp decline in the quality coming from Russian oil. Press Secretary of the concern Marina Kostyuchenko said that Russia receives oil with the content of organochlorine compounds, “in excess of ten times the limit values”. In the following days, several countries, including Germany, Poland and Ukraine, has suspended supplies of crude oil from Russia via the Druzhba pipeline.

The total volume of low-quality oil pipelines of Russia, Belarus, Ukraine and Poland amounted to about 5 million tons, said the Belarusian pipeline operator. Minsk intends to seek compensation from the Russian side.