Home / WORLD / Being a ‘non-racist’ is not enough, the ‘righteous white men’ actor Tom Hanks learns, after daring to write about race issues

Being a ‘non-racist’ is not enough, the ‘righteous white men’ actor Tom Hanks learns, after daring to write about race issues 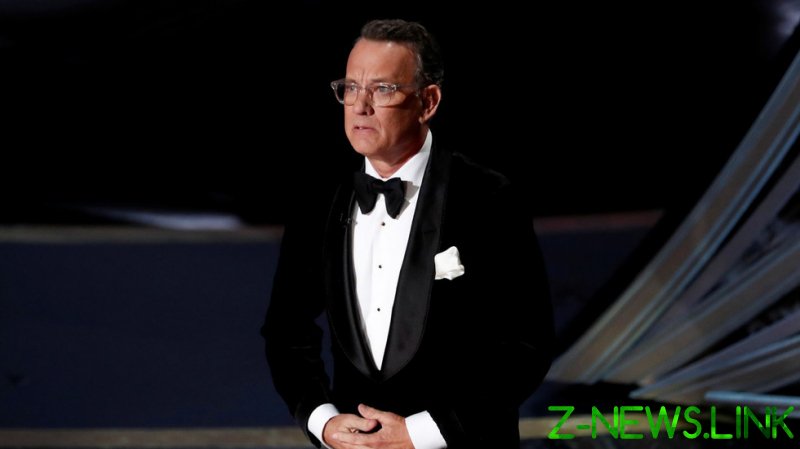 In a Sunday op-ed for the US media outlet NPR, TV critic Eric Deggans claims the two-time Academy Award-winning Tom Hanks was a “non-racist” actor, and it was time for him to be an “anti-racist” actor.

But what’s the difference, you may wonder?

“Anti-racism implies action – looking around your universe and taking specific steps to dismantle systemic racism,” Deggans writes. And Hanks is apparently not supporting his words with enough action.

Deggans’ NPR piece was in response to Hanks’ column earlier this month for the New York Times, in which he opined that the facts of the 1921 Tulsa Race Massacre, during which as many as 300 black residents were killed and their town destroyed by white aggressors, should be taught more widely in school. Hanks also called out history for being “written by white people.”

“History was mostly written by white people about white people like me, while the history of Black people – including the horrors of Tulsa – was too often left out. Until relatively recently, the entertainment industry, which helps shape what is history and what is forgotten, did the same,” the liberal actor wrote.

This stance apparently didn’t go far enough, however, in Deggan’s view. He argues that Hanks’ own filmography sours his words, as he’s made a career “amplifying ideas of white American exceptionalism and heroism.”

“He is a baby boomer star who has built a sizable part of his career on stories about American white men Doing the Right Thing,” Deggans says at another point, pointing to Hanks’ penchant for playing either real-life figures or fictional characters in historical dramas, such as ‘Saving Private Ryan,’ ‘Sully,’ and ‘News of the World.’

If Hanks and other white artists want to make a difference when it comes to race, Deggans claims, they must “talk specifically about how their work has contributed” to the problems they’re trying to address, which is something Hanks has apparently not done.

The Tulsa Race Massacre, which stemmed from white rage over an accusation of rape against a black man that turned out to have been false, is a disgusting episode in American history and one that has not been faced nearly squarely enough in the decades that have followed. This is the thrust of Hanks’ wordy piece, and it’s a truth that everyone, across political lines and racial boundaries, should agree with.

Instead, Hanks’ highlighting of that rather obvious truth has inspired his fellow liberals to either give the actor a digital pat on the back or admonish him for daring to raise a race-related issue without first getting a playbook from activists about his own apparent ties to racism.

If you needed further proof that tribalism and wokeism in politics has led to an upside-down reality, then a popular white actor being targeted for playing “righteous white men” because he called for an outrage against black Americans to be taught more widely should be all you need now.

Hanks deserves neither praise nor admonishment for his Times piece. He pointed out an undeniable fact. Sure, the “white people writing history” point is blatant virtue-signaling, but what else should we expect from one of Hollywood’s most recognized liberals?

Hanks – who claims he only learnt about the Tulsa Race Massacre himself last year – may be seeking approval from his fellow guilt-ridden white celebrities, but that’s to be expected. To see the pendulum then swing the opposite way and be informed that yet another clueless white person is indirectly responsible for everything wrong with race in America is a sour surprise.

Deggans, who admits he’s nonetheless a fan of Hanks, promotes today’s popular leftist theory that “anti-racism” requires action. And action, in the eyes of the activists, is admitting being somehow at fault merely as a representative of your race, or apologizing for not doing enough – because nothing is ever enough – to push back against your white privilege and society’s “amplification” of whiteness.

The argument has found supporters, but has also received so much pushback that, ironically, Hanks has found himself being defended by conservative pundits – a crowd typically critical of him.

Yet the actor should bear none of the responsibility Deggans or other activists would like to put on him. He doesn’t owe it to black or white people either to push any agenda or swallow his pride and admit that, despite being “non-racist,” he is still the bad guy.

The self-destructive nature of modern wokeism is that it consumes everything, including itself. Hanks may be a certified liberal who attaches himself to the right causes, but even he gets called to task for thought-crimes against the woke mob.

We’ve seen people’s words and actions policed by social justice warriors on countless occasions in recent years, but now we’re entering a new era, in which even non-action is offensive. Hanks’ biggest crimes, according to the NPR piece, are portraying “righteous white people” and not saying enough to condemn his own role in racial inequality.

These arguments are equally childish. Hanks is a white actor. It should come as little surprise – but, then, who knows anymore – that he is limited to playing white characters in film. As for the “righteous” part, anyone who has seen even a handful of Hanks’ movies knows the kind of roles he’s drawn to: the everyman, old-school, true-blue-values American hero. Does he choose these roles to promote whiteness? No. He has an affinity with and talent for playing a certain type of character and he’s typically cast as that type of character. What’s controversial about that? Is it not his responsibility to pick the roles that are most advantageous to his career or best suited to his talents? Should he go out of his way instead to choose parts that inform an audience already inundated with political messaging that white people are not just good, but also evil? How would any artist get anywhere in both their professional and personal pursuits if this was the level of thinking that went into their choice of projects?

As for Hanks’ “non-racist” criticism – because his Times piece clearly just ain’t enough – the idea of calling someone a “non-racist” and then casting that in a negative light is an ill-thought-out, politically motivated smear. If a “non-racist” is someone who conducts himself in such a way that he treats everyone equally and doesn’t tolerate racism around him, then what is wrong with that? No, now he must go the extra mile, take a public lashing and use all the right words before he earns the right to wear the “anti-racist” approval sticker.