Home / WORLD / Beijing warns of retaliation over US delisting of Chinese firms, which runs ‘against market rules & logic’

Beijing warns of retaliation over US delisting of Chinese firms, which runs ‘against market rules & logic’ 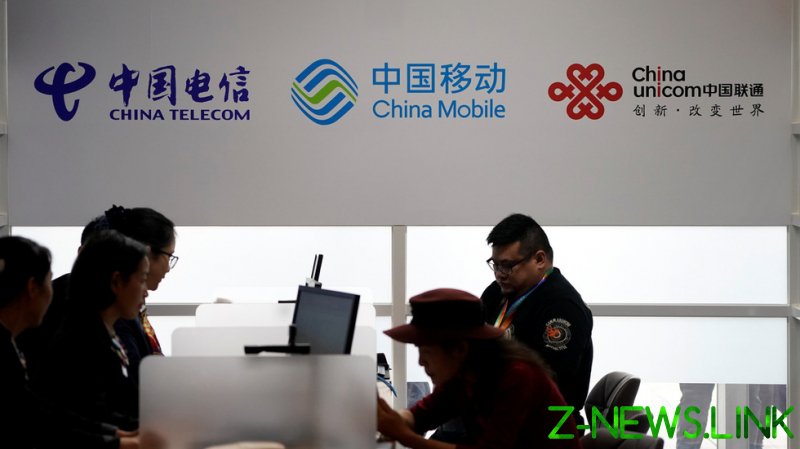 The largest American exchange followed the suit of several other major stock index providers and announced on Friday that the securities of China Mobile, China Telecom, and China Unicom Hong Kong will be delisted between January 7 and January 11.

It cited US President Donald Trump’s order that banned American investors from piling their money into Chinese firms which it deemed “Communist Chinese military companies.”

“This kind of abuse of national security and state power to suppress Chinese firms does not comply with market rules and violates market logic,” the Chinese Ministry of Commerce said in a statement published on its website on Saturday. It added that the move could backfire on foreign investors, including those in the US, and could seriously undermine confidence in the US capital markets.

The ministry stressed that China reserves the right to respond the US move “to resolutely safeguard the legitimate rights and interests of Chinese companies.”

It was unclear what form Beijing’s response would take. When the US moved to cut China’s telecom giant Huawei from chip suppliers, the state-linked Global Times reported that companies such as Apple, Qualcomm and Boeing may be targeted by tit-for-tat restrictions. The report said that China may put those firms on an “unreliable entity list” and they could be subject to investigations.

However, China still hopes that the US administration can meet it halfway in improving bilateral trade relations, the Ministry of Commerce added.

Tensions between the world’s two largest economies have only escalated over the past year despite their trade war being paused with the first phase of their trade accord. Apart from attempting to push its allies to ditch Huawei, the Trump administration has also put more pressure on Chinese businesses. This included the recent scandal over TikTok and WeChat, with the US government seeking to block the popular video app in the US, as well as a ban on investment in more than 30 Chinese firms in November.