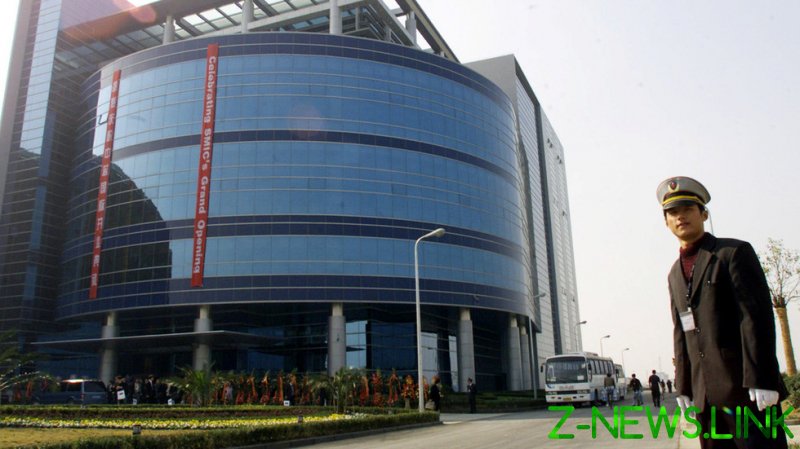 Responding to news of potential US sanctions against Semiconductor Manufacturing International Corp (SMIC), the Foreign Ministry in Beijing said the US was “blatantly bullying” Chinese firms.

On Friday, the US Department of Defense reportedly warned it might block American companies from providing goods and services to SMIC. The Trump administration is considering whether to add the firm to a trade blacklist, Reuters said, citing a Pentagon official.

The Defense Department is working with other agencies to determine whether to make the move against SMIC. The decision would force US suppliers to seek a difficult-to-obtain license before shipping to the company.

SMIC was “in complete shock” over the news, the Chinese firm said in a statement on Saturday. However, it added that is still open to communication with US government agencies in the hope of “resolving any misunderstandings.”

The Pentagon had reportedly already made a proposal to place SMIC on the entity list to the End User Committee. The panel is led by the Commerce Department, which also includes the State and Energy Departments.

As the US escalates its crackdown on Chinese companies, the White House under Trump has often used the entity list to hit key Chinese firms. Telecoms equipment giants Huawei Technologies and ZTE were affected over “sanction violations,” while surveillance camera maker Hikvision was hit over the alleged suppression of China’s Uighur minority. The list now includes more than 275 China-based firms.

On the stock market, China’s blue-chip index slipped 2.3 percent on Monday, as the potential blacklisting of SMIC impacted tech firms across the board. SMIC is the largest Chinese chip manufacturer and is second-tier to rival Taiwan Semiconductor Manufacturing Co Ltd, the industry’s market leader.

Fang Xingdong, the founder of Beijing-based technology think tank ChinaLabs, told China’s Global Times newspaper on Sunday that “the semiconductor sector is currently the biggest focus of the US tech war on China.” There are “no other areas where the US can put a stranglehold on China as [it can] in chips,” the analyst said.