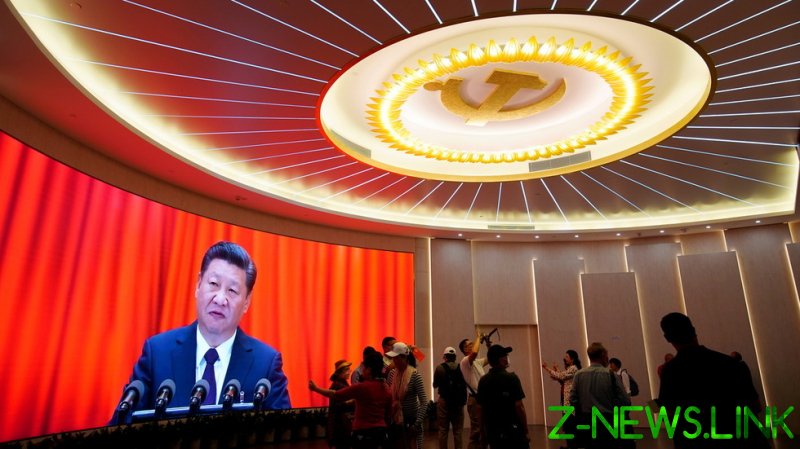 On Thursday, the Chinese National People’s Congress voted on and passed the ‘Anti-Foreign Sanctions Act’ in an effort to protect national interests against foreign interference.

The anti-foreign sanctions draft law was proposed on Monday to the Standing Committee of the 13th National People’s Congress (NPC).

The specific content of China’s anti-sanctions law has not been revealed to the outside world, but commentators have speculated that the law could give the Chinese government the legal right to counter foreign sanctions with their own punitive measures.

Chinese Foreign Ministry spokesman Zhao Lijian previously stated that the purpose of enacting such a law would be to “maintain national sovereignty, dignity and core interests, and oppose Western hegemonism and power politics.”

The US and China have engaged in tit-for-tat sanctions in recent years after former US President Donald Trump initiated a decoupling with Beijing, insisting America wasn’t getting a fair deal from trade with China. Washington’s Western allies, including the EU, also sanctioned Chinese businesses and officials.

Sino-US competition has continued under the Biden administration. On Tuesday, the US Senate passed the ‘US Innovation and Competition Act’, a $250 billion bill which aims to ensure that Washington remains a tech powerhouse despite China’s rise.

The bill also prohibits downloading the TikTok application on government equipment and stops the US government’s procurement of Chinese drones.

Beijing hit back on Wednesday, calling on the US to drop its Cold War mentality and said, “the US is the biggest threat to itself.”