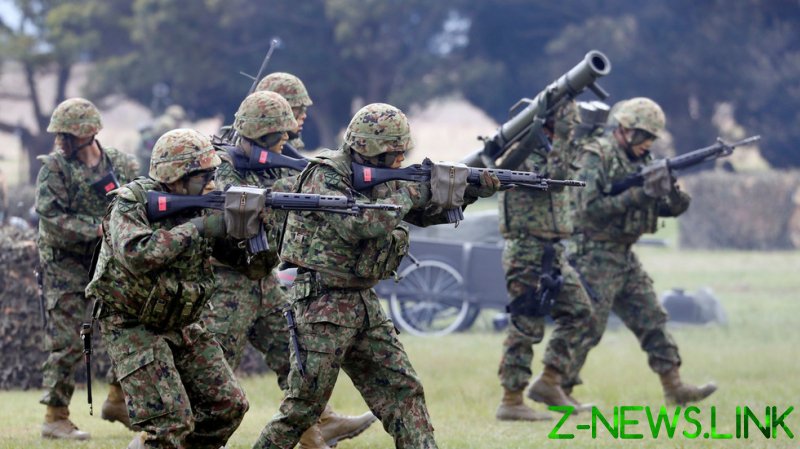 “If a major incident happened [in Taiwan], it would not be strange at all if it touches on a situation threatening survival,” Aso said during a speech in Tokyo on Monday. “If that is the case, Japan and the US must defend Taiwan together.”

He claimed a Chinese attack on Taiwan would threaten Japan’s territorial sovereignty, saying that “Okinawa could be next.”

Aso, who also serves as Japan’s finance minister, is one of four cabinet members who serve as members of the country’s National Security Council.

“No one should underestimate the Chinese people’s staunch resolve, firm will, and formidable ability to defend national sovereignty,” he said.

Beijing has claimed sovereignty over Taiwan, and under its ‘One China’ policy seeks the “peaceful reunification” between the mainland and the island.

During a speech marking the Chinese Communist Party’s 100-year anniversary, President Xi Jinping said that “resolving the Taiwan question and realizing China’s complete reunification is a historic mission and an unshakable commitment of the party.”

It’s unclear whether Japan would even be able to mobilize its military should Taiwan come under attack. Under the country’s constitution, Tokyo is authorized to deploy its Self-Defense Forces only for national defense. However, in 2015, the country adopted new security laws that allowed for military action in situations that were deemed a threat to Japan’s survival.

In a follow-up statement, Tokyo seemed reluctant to double down on Aso’s provocative remarks. When asked to comment about policy towards Taiwan, Chief Cabinet Secretary Katsunobu Kato stressed that Japan was committed to “direct dialogue between parties concerned in a peaceful manner.”