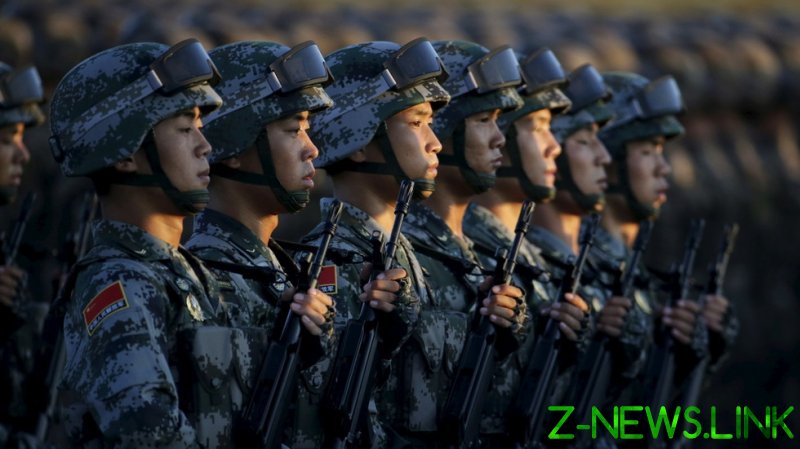 China’s military strategy and policy is purely defensive, the ministry said in a damning statement on Friday, adding that its military advancement was aimed solely at “safeguarding national sovereignty, security, and development.” It did not pose a threat to any nation, it added.

The strongly worded statement was issued in response to the US Department of Defense’s annual report for 2021, detailing “military and security developments” in the Chinese army. In it, the Pentagon expressed particular concern about China’s rapidly growing nuclear potential, and said that Beijing “intends to have at least 1,000 nuclear warheads by 2030” – in excess of Washington’s earlier assessments.

China responded by criticizing Washington over its hyping-up of the “deliberately concocted” Chinese military threat, and called the very fact that Pentagon issued early reports on China’s military potential an “act of hegemonism.” It said the US should focus instead on America’s own role in eroding international security.

“The US is the largest [source] of global nuclear threats,” the Chinese statement said, adding that America possessed the larger nuclear arsenal, and had recently accelerated its modernization in the field of nuclear capabilities as well as cyber and space operations. According to the US Department of State, as of September 2020, Washington’s stockpile consisted of 3,750 nuclear warheads.

The INF Treaty, which the US signed with the USSR, banned the two nations from possessing any land-based ballistic or cruise missiles and missile launchers with ranges between 500km (300 miles) and 5,500km (3,400 miles). Washington withdrew from it in 2019, under President Donald Trump, while blaming Russia for supposedly violating the treaty – an accusation Moscow repeatedly denied.

Beijing also warned the US against interfering in its “internal affairs,” including through America’s relations with Taiwan, which China considers an “inalienable” part of its territory. On Wednesday, General Mark Milley, the chairman of the US Joint Chiefs of Staff, said US forces had the capability to defend the island, should China attempt to seize it.