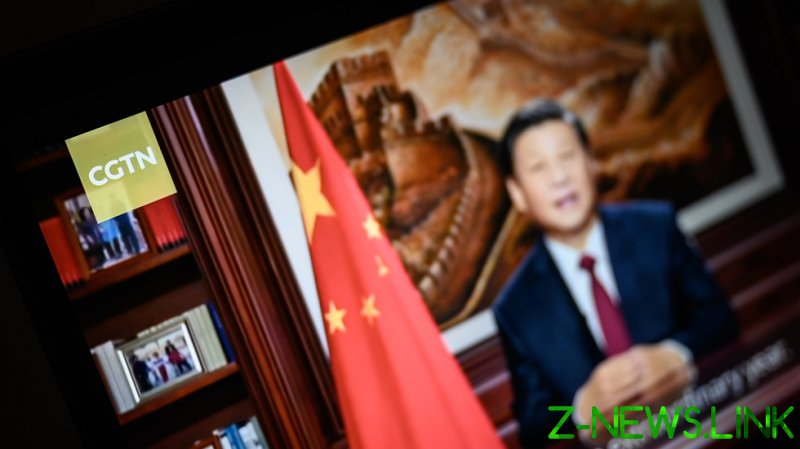 “This is clear double standards and political suppression. China urges Britain to immediately stop political manipulation and correct its mistakes. China reserves the right to make necessary responses and safeguard the legitimate rights and interests of the Chinese media,” Wang stated.

The spokesman defended the network’s integrity, claiming that CGTN met the standards required of it, reporting news based on the principles of objectivity, fairness, truthfulness and accuracy. Its professionalism is recognized internationally, he added.

“For more than 10 years in the UK, CGTN has abided by professional ethics and has developed good cooperation with the UK. Its business conforms to the law of communication,” Wang claimed.

“It has played an active role in enhancing the understanding and communication between the people of China and the UK and promoting cultural exchanges between the two countries.”

The decision of British media regulator Ofcom on Thursday to revoke the license of CGTN kicked off a bitter spat between the two nations with Beijing accusing the British broadcaster, the BBC, of “fake news.”

The BBC rejected accusations by China’s Foreign Ministry, noting: “We stand by our accurate and fair reporting of events in China and totally reject these unfounded accusations of fake news or ideological bias.”

CGTN was banned after an investigation found the organization to be directly controlled by the Chinese Communist Party and it therefore did not meet the legal requirements for a broadcasting license under UK law.