Home / photo report / Behind the façade of an ordinary house hides a luxurious interior. Photo

Behind the façade of an ordinary house hides a luxurious interior. Photo 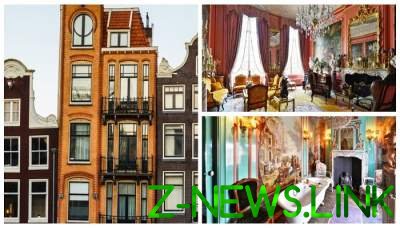 The modest façade of the house hides the interior, which the new owner has not withheld 11 million “green”

More than two years on the real estate website had posted an ad about selling a vintage home located the street Keizersgracht canal in Amsterdam, for which the owners asked for 11 million dollars.

This exorbitant cost has led local people into confusion. After looking at the facade of this narrow and completely ordinary house, it is difficult to imagine that anyone would dare to such a deal.

But recently this ad was removed and that means expensive apartments already purchased. Let’s look at a few rooms, maybe they really were worth it. 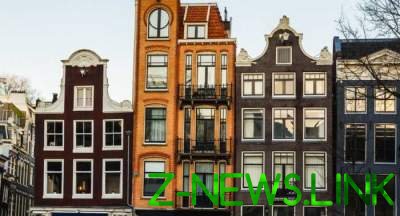 The house, which was built in the XVIII century, situated in the historic quarter on the street Keizersgracht canals (Keizersgracht) in Amsterdam appeared on the market in late 2016 and for a long time was not sold. But this is not surprising, because he asked quite a decent amount – $ 11 million. Since it was built in a time when there was a tax on the width of the building, the structure was very narrow and as if squeezed between two other buildings. 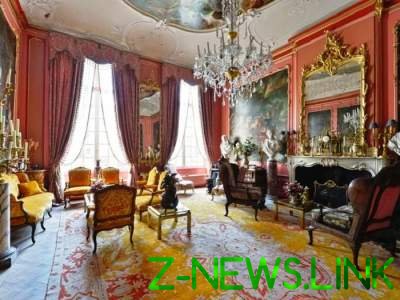 The facade of the building does not particularly stand out from the General architecture of the ancient streets. Therefore, neighbors and all who learned about the costs, very worried, what is so remarkable is hiding behind such a humble facade. And when the Declaration was deleted from a page, was intrigued, wondering who still decided on such an extraordinary purchase. But such information is not known to affect web pages, and the new owner hasn’t come forward in their apartment. But the experts were able to find some information and a few photos, which we now introduce. 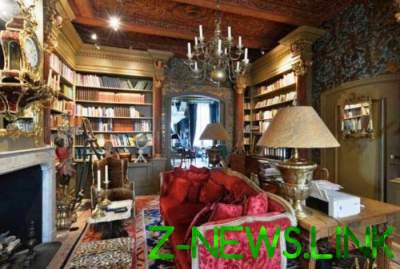 For such a steep price mysterious buyer received the property house in the heart of Amsterdam, with a fairly decent area of 827 square meters. It is therefore not surprising that it hosts 6 bedrooms, 6 bathrooms, living rooms and hallways, dressing room and a kitchen and even a private lift.

See also:  The magic of winter in the mountains of Poland. Photo

Only in such a narrow house 18 rooms whose walls are covered with antique Chinese Wallpaper Dating from the XVIII century! The whole interior is designed in classic Renaissance style, so prevalent pretentiousness and luxury in everything from a stucco ceiling with crystal chandeliers and gilt finishing, antique furniture and gorgeous paintings. 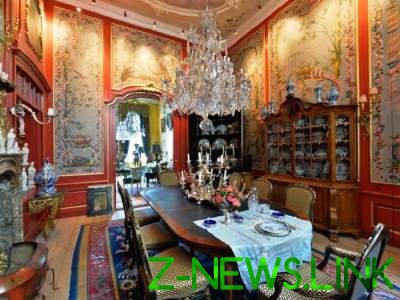 Looking at the interior, the feeling that in this house, time just stopped two hundred years ago. After all, these huge apartments are still heated by real fires. The only thing known in the present time is the availability of electricity and is located on the desktop office. 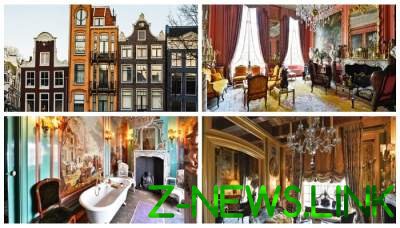